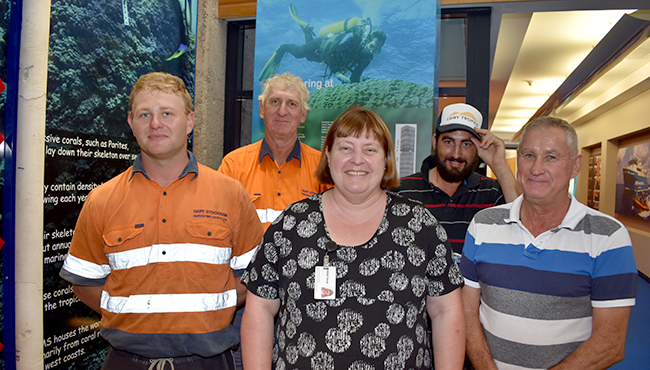 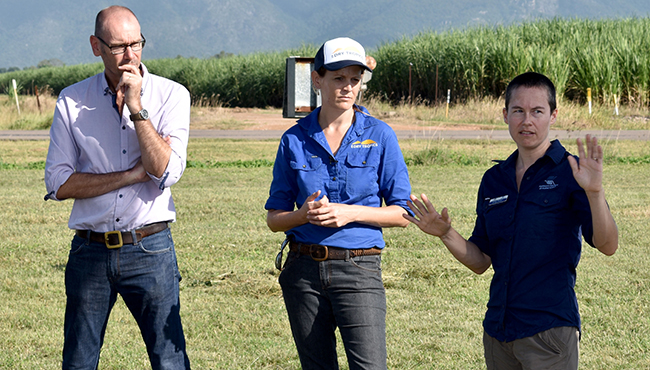 LOWER Burdekin cane growers have met face to face with scientists who are monitoring water quality in the Great Barrier Reef as part of the Marine Monitoring Program.

The NQ Dry Tropics event, supported by the Australian and Queensland governments, gave scientists an opportunity to learn about the issues growers faced as they embraced practice change – and the growers had no shortage of questions on the science.

During the afternoon the growers toured the AIMS facility, which included a demonstration on collecting water samples for testing.

One of the growers’ concerns was a lack of data confirming the effect of their hard work.

Dr Brinkman said measuring the impact of reduced sediment and nutrient load in water flowing to the reef was typically evaluated at catchment scale through end-of-river loads, so it was difficult to quantify the effect of individual farmers’ efforts.

“The data could, however, identify catchment-wide trends, but it could take years before they become evident,” Dr Brinkman said.

He suggested the only way for each grower to confirm the results of their changed practices would be to install their own on-farm monitoring systems so they had a constant, real-time reference to measure the effect of practice change.

“We can’t wait five years to find out if what we’re doing is having an impact, because if it turns out we’re wrong, we’ve wasted five years,” he said.”

“We have to understand the whole system, particularly those lag times.”

Inkerman farmer Chris Vass said there was a widespread desire among the community to protect the reef, and it was important for farmers to have data to show their efforts were effective.

“I love the reef, I dive on the reef as often as I can, and none of us want to see it dead. We’re all trying hard,” he said.

“There are several projects underway in the Lower Burdekin that are specifically designed to help growers evaluate the water quality benefits of their changed practices,” he said.

“Most practice changes improve productivity and the bottom line, as well as having a water quality benefit.

She said the change in growers’ attitudes in the 30 years she had worked at AIMS was “huge”.

“You do want to make a difference, that’s obvious. You see it’s going to benefit your children not only in productivity, also because they will be able to go fishing on the reef,” she said.

She said the friendly, enthusiastic discussion between growers and scientists was in stark contrast to the first time she participated in a similar meeting 30 years ago that left her in tears.

The event was funded through the Australian Government’s Reef Trust Program and the Queensland Reef Water Quality Program. 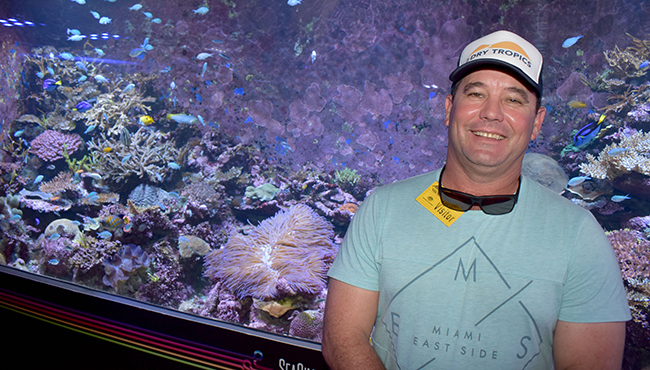 Cane farmer Joel Rennie gets an up-close view of the Sea Simulator. 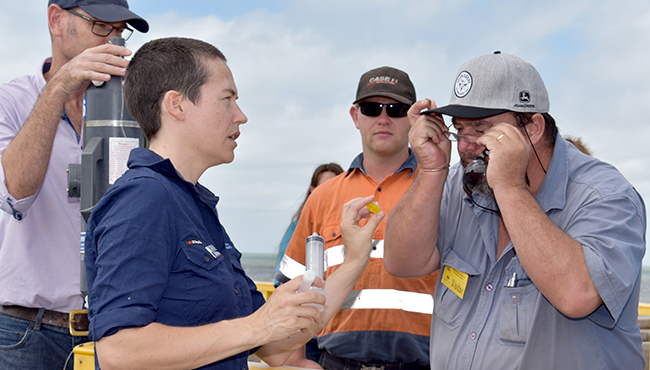 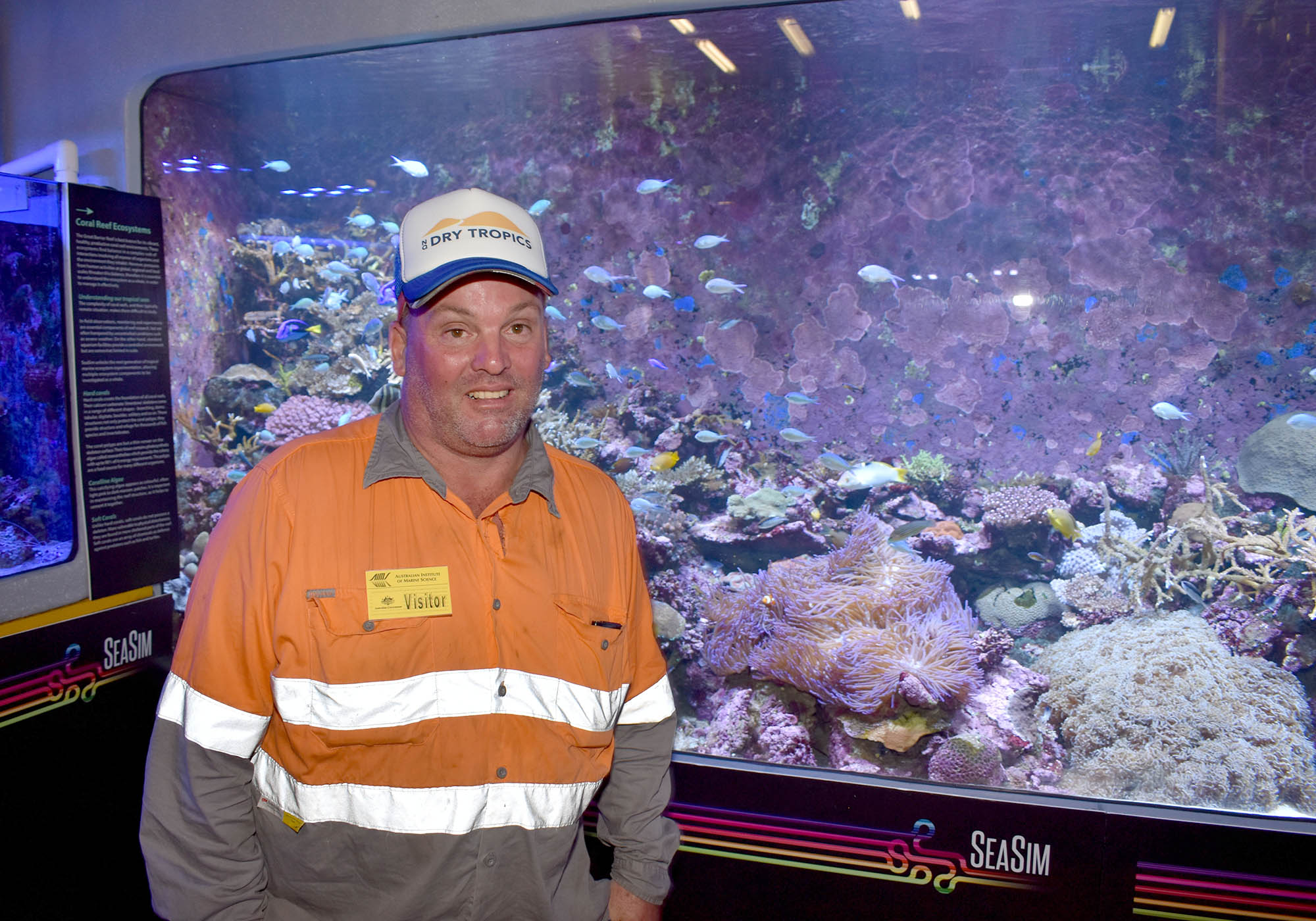 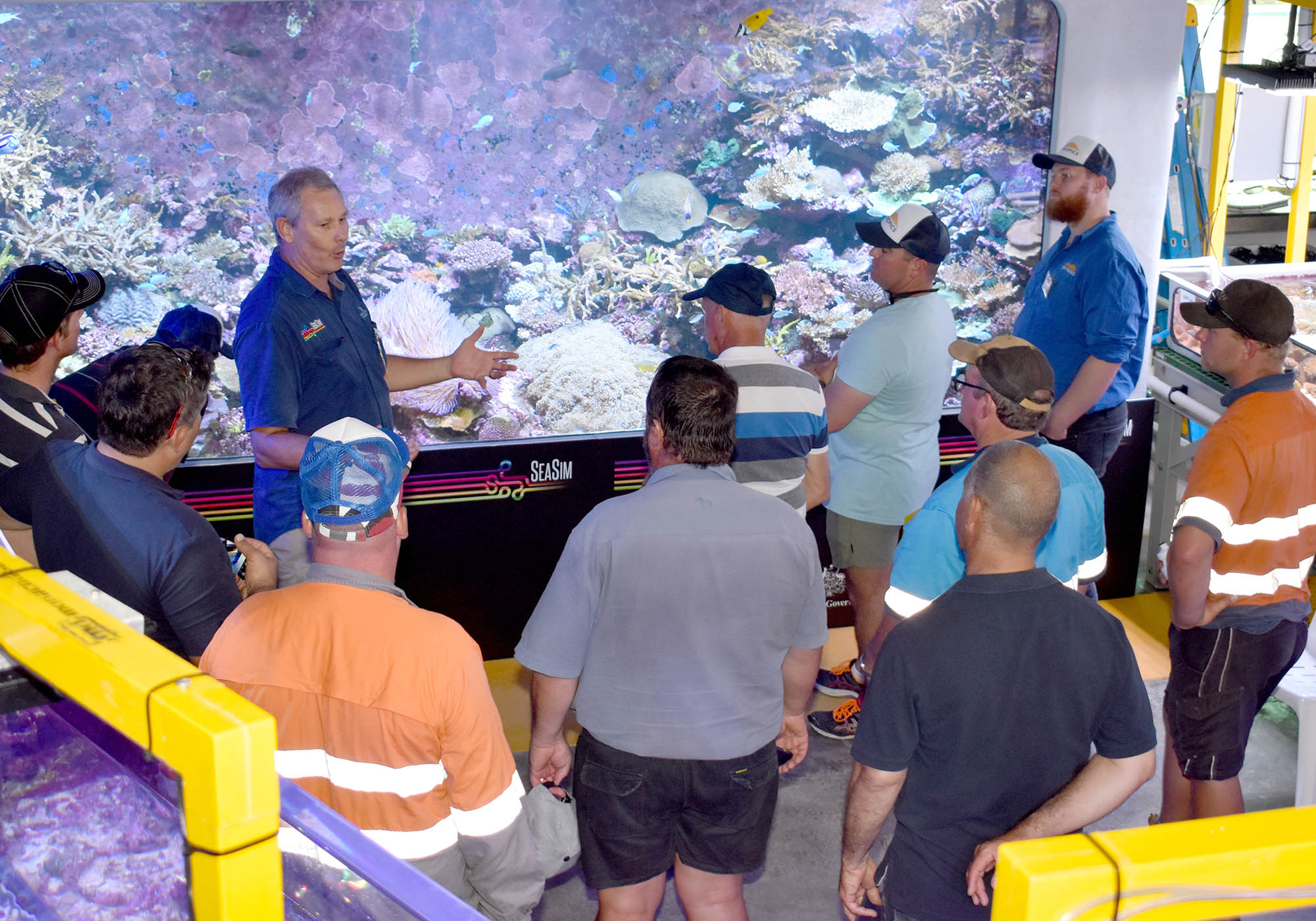 AIMS’ Glenn Everson explains the role of the Sea Simulator to the group.