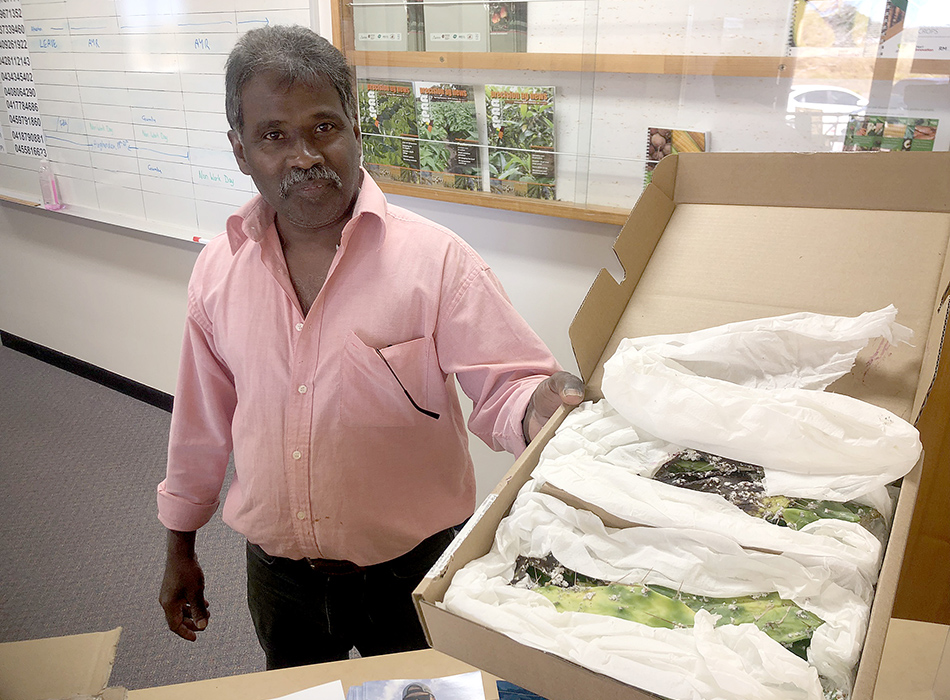 Department of Agriculture and Fisheries Senior Entomologist Dr Subra Subramaniam delivers a batch of cochineal to be released in the Bowen prickly pear patch. 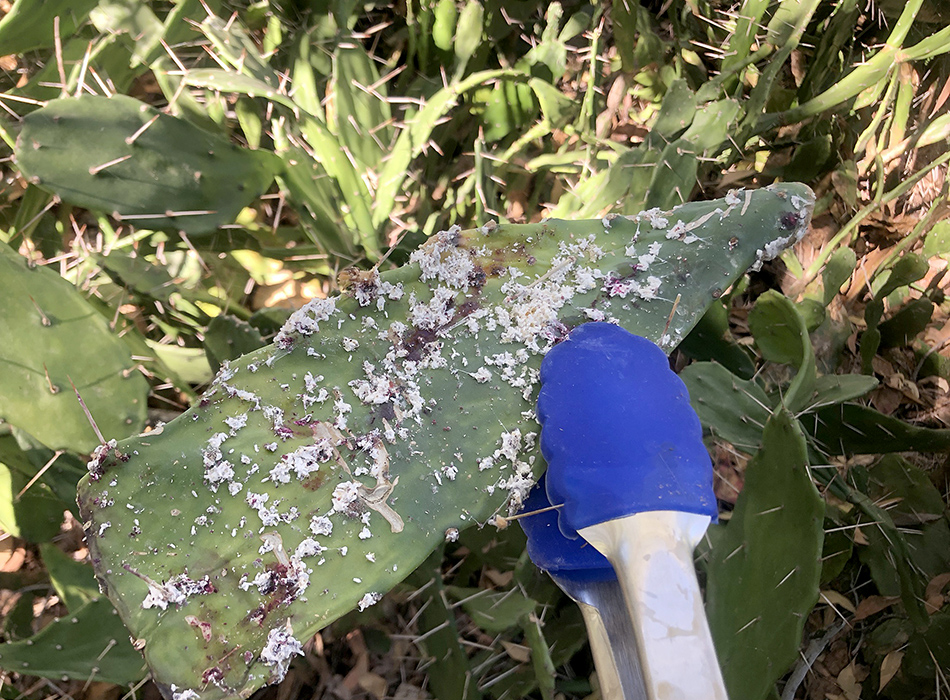 An insect used to make dyes and food colouring has been employed to destroy an infestation of drooping prickly pear in a patch of threatened Beach Scrub near Bowen.

The cochineal, a mealy bug originally imported to be the basis for one of Australia’s first primary industries, feeds on certain species of cactus including prickly pear.

It was Governor Arthur Phillip who in 1788 planted Australia’s first stand of prickly pear at Jackson Bay near Sydney, intending to use it to develop a cochineal industry.

Prickly pear was also planted by farmers as a natural fence, but its invasive nature meant it rendered up to 40,000sq km of farming land in Queensland completely unproductive.

The cactoblastis cactorum moth was famously introduced in 1925 and the larvae, feeding on the plant, almost completely wiped out the country’s prickly pear population.

He said a dense infestation of drooping pear (Opuntia monocantha), one of a half dozen prickly pear species in Australia, had completely taken over a 100 sq metre area of beach scrub at King’s Beach in Bowen.

The Department of Agriculture and Fisheries’ (DAF) Bowen office procured a batch of monacantha cochineal (Dactylopius ceylonicus) to be introduced into the infestation.

The monacantha cochineal is the only DAF-approved biological control for drooping pear infestations.

Mr Krugers said the bugs should be able to establish a population in the prickly pear patch, and start to have a noticeable effect after the Wet season, which would trigger a rapid increase in their numbers.

He recently introduced the monacantha cochineal into the Kings Beach patch, hoping that by the middle of 2020, the infestation would be reduced to a few individual plants that could be removed by hand.