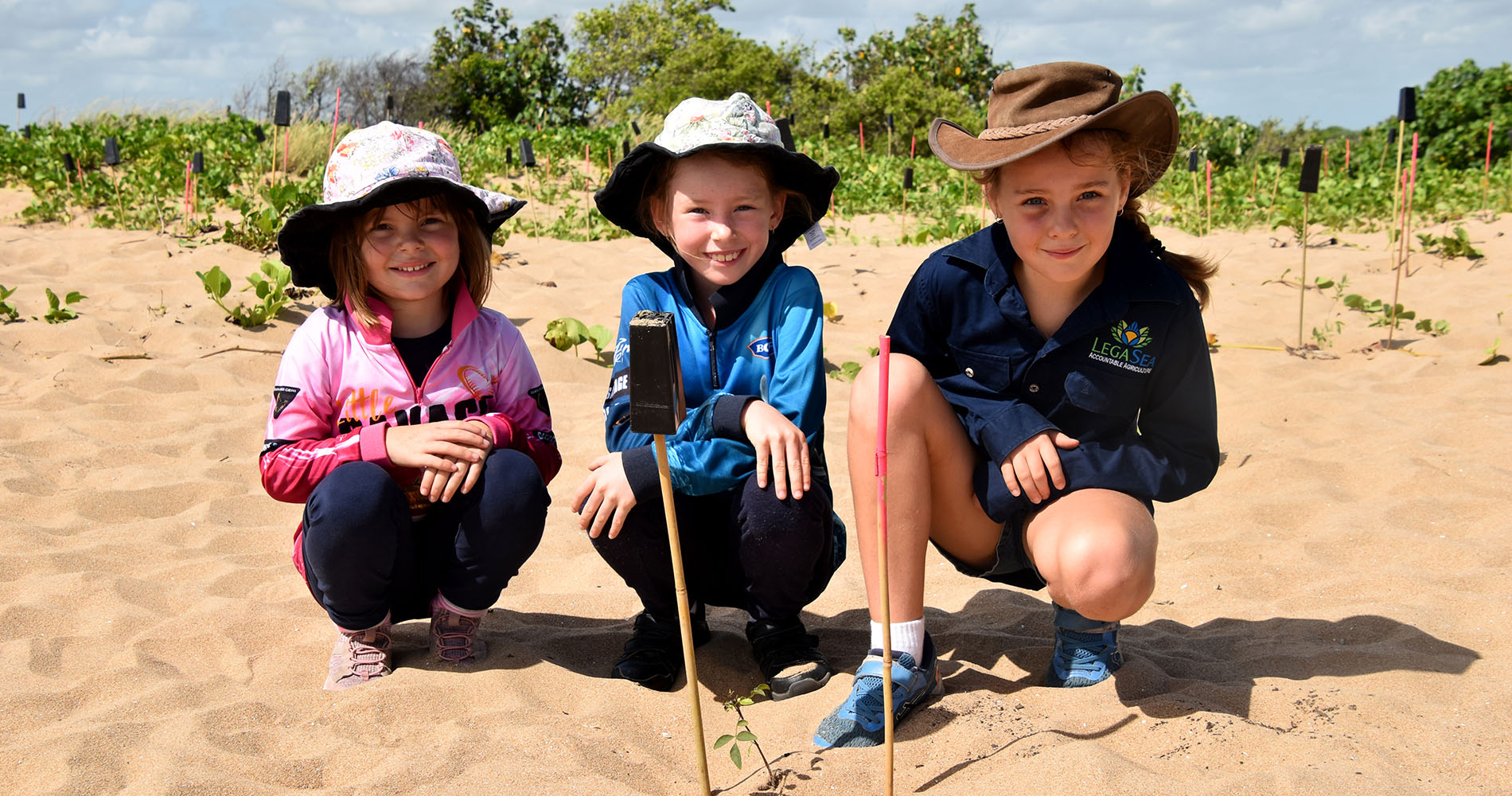 Nearly 50 participants did their bit to protect sand dunes at Lynch’s beach, Alva, at a recent Community Planting Day.

They planted a total of 450 native seedlings to stabilise the dunes and help them recover from damage caused by 4WD vehicles and quad bikes.

The plants, including beach hibiscus, burdekin plum, coastal she oak and Moreton Bay Ash, were specially selected for their ability to withstand often harsh coastal conditions.

It was tough work in the hot sun, however, a cooling sea breeze provided some relief from the summer humidity.

Organised by NQ Dry Tropics and Burdekin Shire Council, the event was part of the From the Land to the Sea project, funded by the Australian Government’s Reef Trust.

Then it was time to head to the beach to plant trees, before enjoying an ice cold drink and the satisfaction of a job well done. 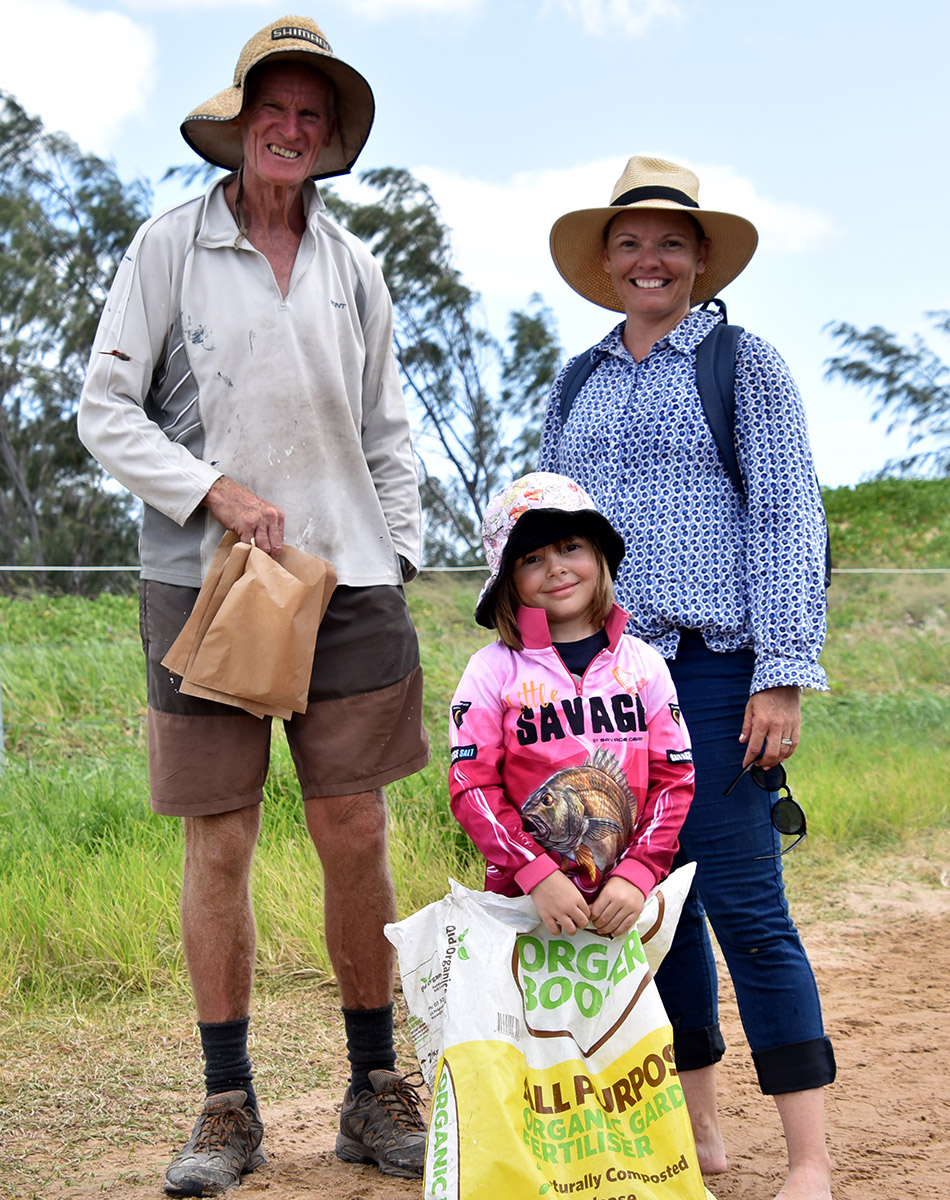 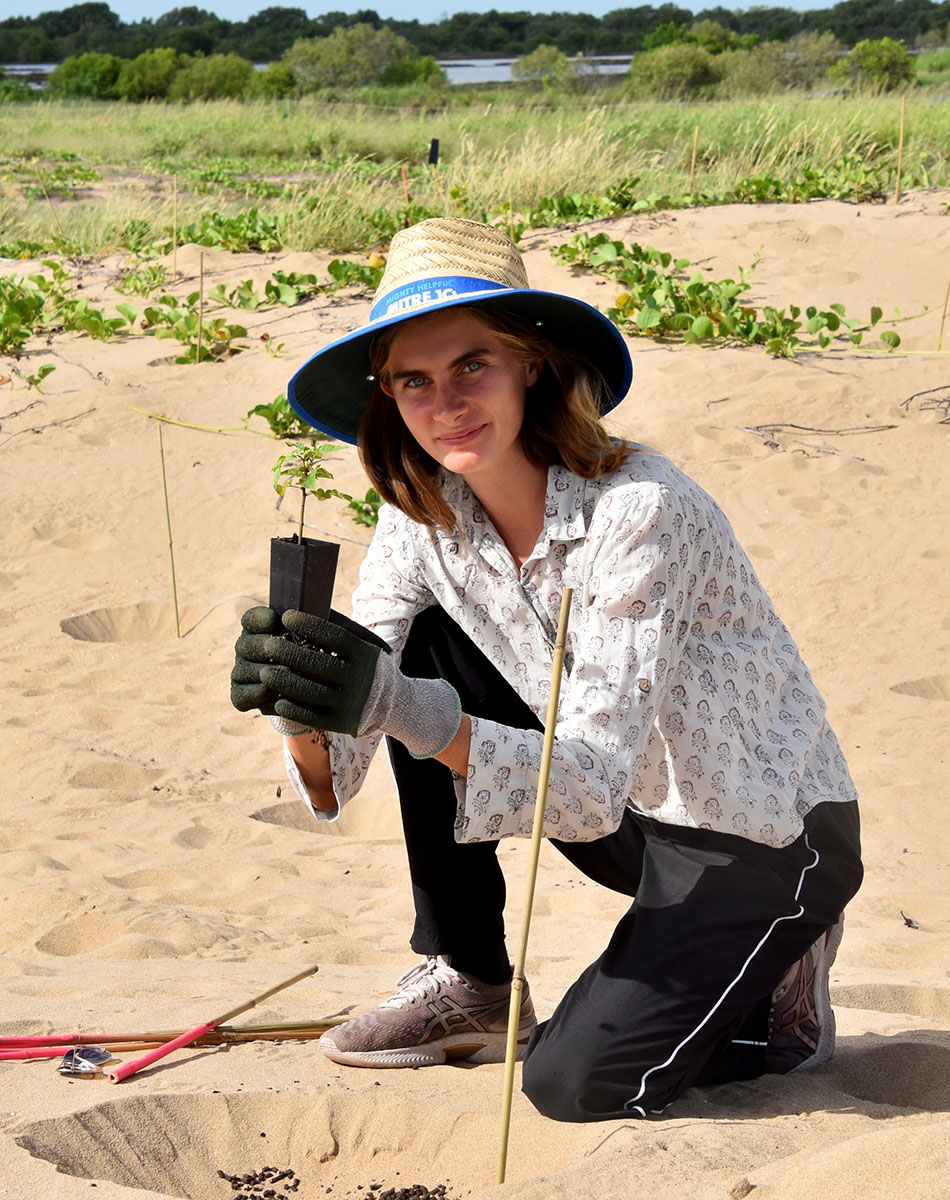 “We had plenty of participants from Alva and Ayr, but also others from as far afield as Bushland Beach,” Ms Butler said.

“I was pleased to see so many enthusiastic kids wanting to plant trees and learn how the dunes protect the coastline from erosion and storm inundation.

”Today’s endeavours are part of a wider revegetation effort organised by NQ Dry Tropics at Alva, where members of Lower Burdekin Landcare, Gudjuda Reference Group Aboriginal Corporation, and Three Big Rivers have been planting thousands of native plants on the dunes.”

Burdekin Shire Council Mayor Lyn McLaughlin said the event was very well-attended by both residents and visitors to the region.

“I want to thank the community for supporting the Alva Community Planting Day, which is an important step in stabilising dunes on Lynch’s Beach and reducing further erosion and damage from four-wheel drives and quad bikes,” Cr McLaughlin said.

“Burdekin Shire Council’s Dune Management Strategy outlines the importance of dunal systems at both Alva and Wunjunga, with revegetation a key strategy to stabilise them and ensure their longevity – however this is only possible with the continued support of the community.

“Please obey all signage and fencing in the area to give new vegetation the best chance of survival and to ensure we are not further damaging these dune systems to leave a strong legacy for future generations.” 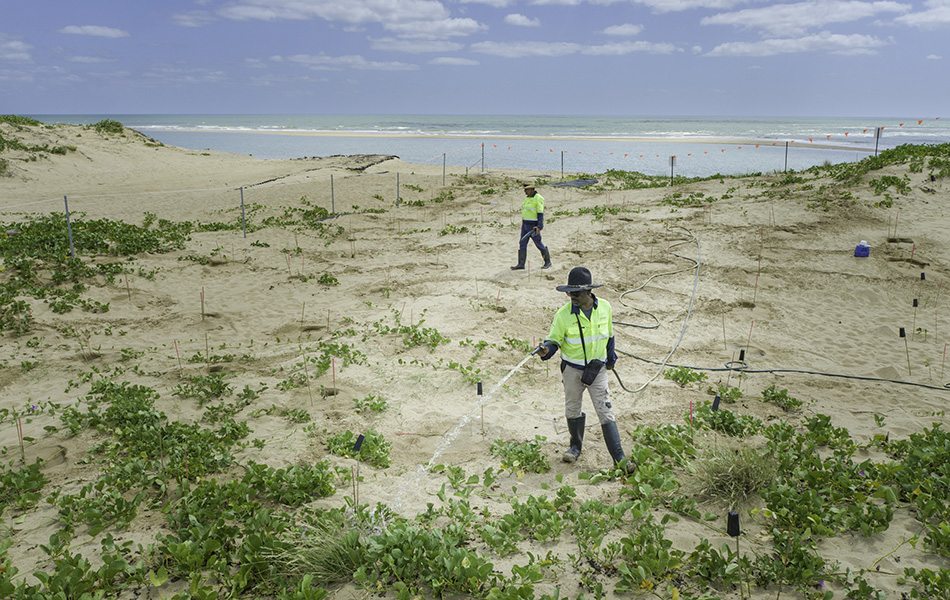 Members of the Three Big Rivers team watered the plants after the event. 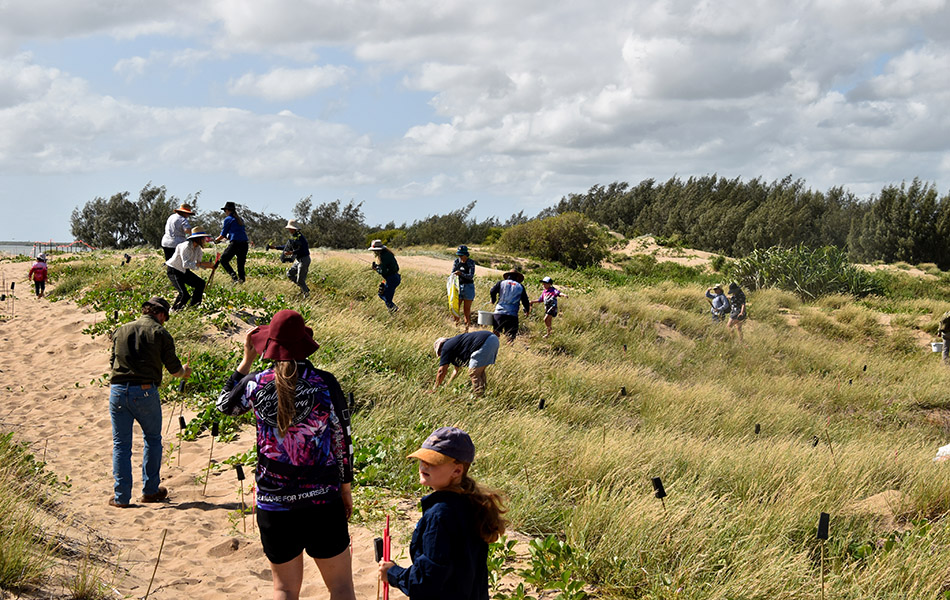 The event was well-attended.

The next generation: From left, Bella, Lexi and Paige Colls, Keatan Jarvis, Annalise and Rose Trigg, Schanette and Lekyrah Byers. 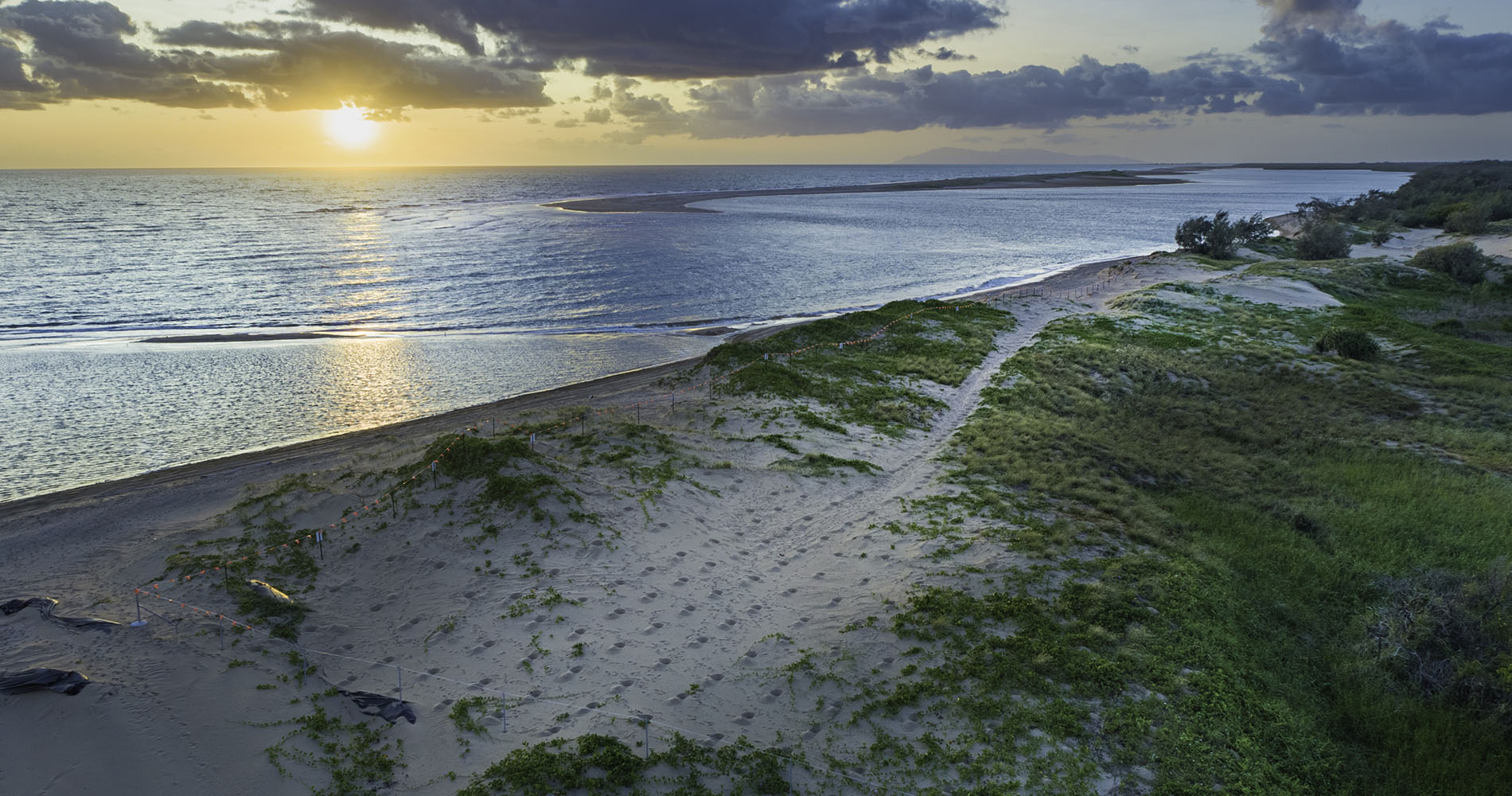