Installation of the underground drip irrigation system that has transformed the Lintons’ “home” farm.

Big savings in water, time and money for cane growers

Home Hill cane grower Joe Linton has operated the farm where he grew up for more than 50 years and he has always tried to ride the first wave of every innovation in the industry.

Last year, he and son Aaron, 39, realised an ambition more than a decade old to install automated underground drip irrigation right across their home farm.

On the other hand, the Hurney Farm, a neighbouring farm purchased eight years ago, is furrow-irrigated and largely run by Joe.

The difference in the way the two farms are managed could not be more stark.

The Hurney Farm is a manually-operated furrow-irrigation system, a different beast to the gold standard system running the home farm.

“Since we installed the drip system, I tell people, I live on this farm [the home farm], but I work on the other farm,” Joe said.

The system has already chalked up some remarkable figures in terms of the amount of money and water needed to grow their crop as well as the benefits of reducing nutrient, sediment and pesticide runoff from the farm.

But the one thing Joe hoped would result — a dramatically increased yield — has so far been limited.

He believes the unusual nature of the soil in their area, a primary factor in the decision to go with drip irrigation, is the reason.

“The soil is a loam containing about 35 per cent clay but it has a very high infiltration rate, basically like sand, because of cracks like capillaries that drain water from the top soil very quickly,” Joe said.

But he has hopes that refinement of the automatic watering system based on data being collected by researchers from James Cook University will deliver eventually.

The theory is that by repeatedly delivering the tiny amounts of water the cane can use immediately (for transpiration and evaporation), none of it will be wasted and the crop will thrive.

Even without the bump in yield, the move to drip irrigation has proved well worth the trouble.

One thing that has improved however is the longevity of some crops.

“This paddock next to the house is an eighth ratoon crop,” Joe said.

“In 50 years, I have never been able to grow eight ratoons.”

Joe said the installation cost was high, but the savings on input costs made it worthwhile.

Based on the data from a 19ha block on their 47ha farm, the Lintons can expect to save about $957/ha in production costs.

The drip system means fertiliser can be delivered to the plants along with the water frequently in small amounts.

It reduces the possibility of Dissolved Inorganic Nitrogen (DIN), pesticide and sediment leaving the property in excess irrigation runoff to virtually nil.

The Paddock to Reef (P2R) Projector tool calculated a saving of 8 kg/ha of DIN, 2.9 tonnes/ha of sediment and 3 grams/had of pesticide after the introduction of the drip system.

The first bit of the drip system to be installed on the farm is now 12 years old and beginning to show signs of wear, so he is beginning to factor in the cost of replacing tape which should be happening every 15-20 years.

The work was part of the Reef Trust III: Reef Alliance Project Burdekin Innovation Program, funded by the partnership between the Australian Government’s Reef Trust and the Great Barrier Reef Foundation. 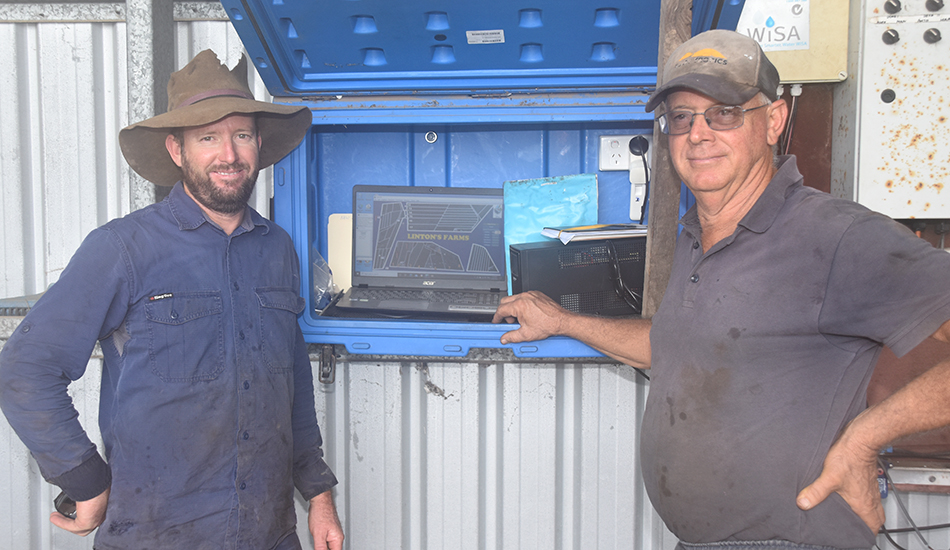 Home Hill cane growers Aaron (left) and Joe Linton at the centre of automated drip irrigation system they have installed on their home farm. 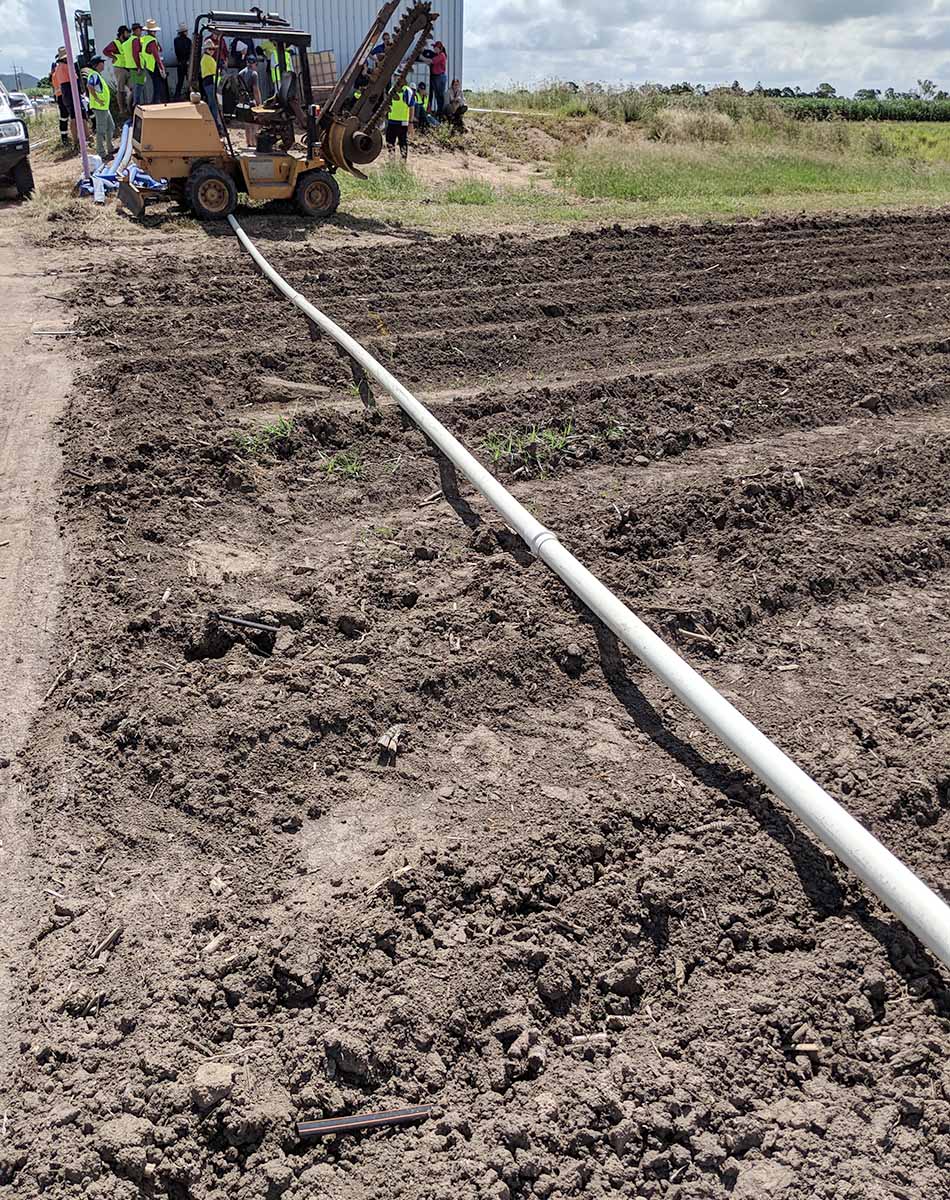 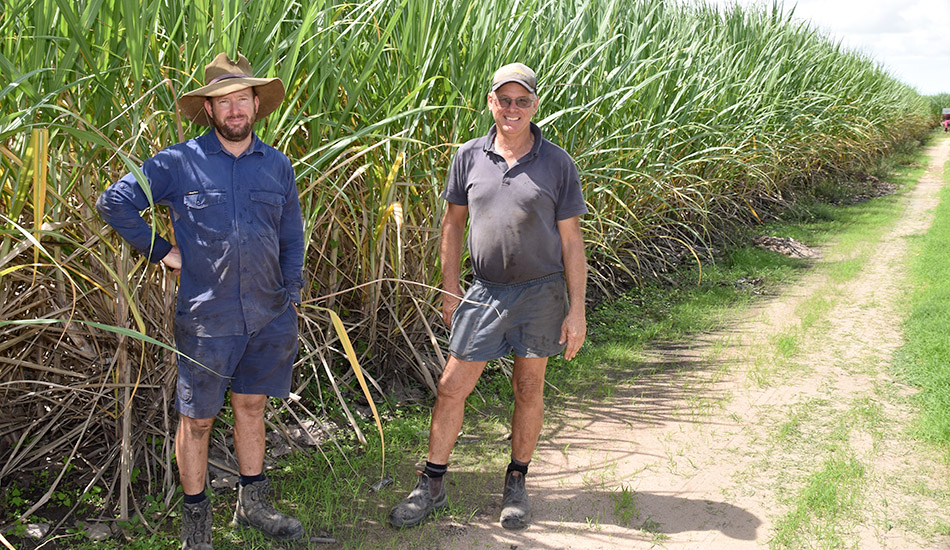 Home Hill cane growers Aaron (left) and Joe Linton inspect a block of cane that even in its eighth ratoon is growing well.