Farmers and scientists learn from each other at Horseshoe Lagoon

Two water quality scientists visited a cane recycle pit at Horseshoe Lagoon, Giru, last week to chat with local cane farmers about the importance of local wetlands as habitat for species such as fish, birds, turtles and crustaceans.

“It was exciting to discuss our research with farmers. We were able to show them how the aquatic landscape is connected, and that actions on the land contribute to the health of local rivers, wetlands and the coast,” Dr Waltham said.

The ‘Meet the Scientists’ event was an initiative of NQ Dry Tropics’ Connecting Burdekin Cane Farmers to their Local Wetlands project, funded by the Queensland Government under the Queensland Reef Water Quality Program.

NQ Dry Tropics Project Officer, Lisa Pulman said connecting farmers and scientists helped to break down some of the perceived barriers between the two groups.

“At NQ Dry Tropics we believe it’s important to connect scientists with those who work on the land so they can share ideas and learn from each other,” Ms Pulman said.

“The farmers asked lots of questions, with everyone who attended clearly wanting healthy waterways and abundant stocks of native fish species.”

Dr Waltham and Dr Buelow also conducted a fish survey in the lagoon using their specially equipped electrofishing boat, which delivers an electrical pulse into the water that temporarily stuns the fish. The fish are then netted, measured and released back into the creek unharmed.

Local cane farmer Gavin Wright said he came down to see how the boat worked and what kinds of fish would be found.

“It’s good to see farmers and scientists together. We’re learning and they’re learning, together and from each other.” Mr Wright said. 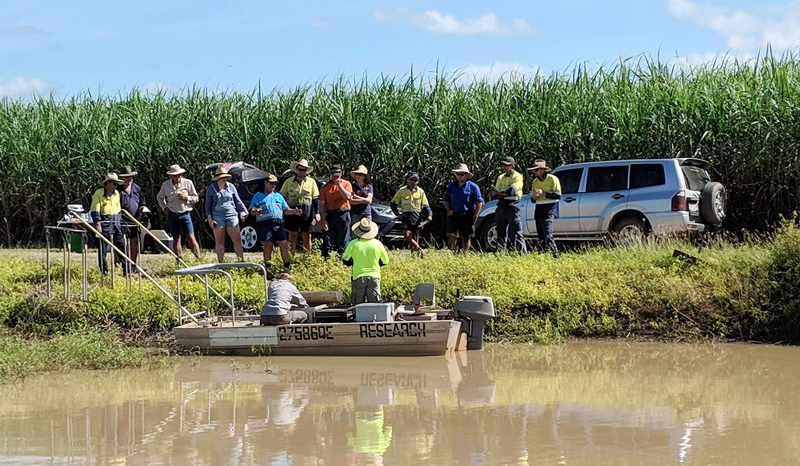 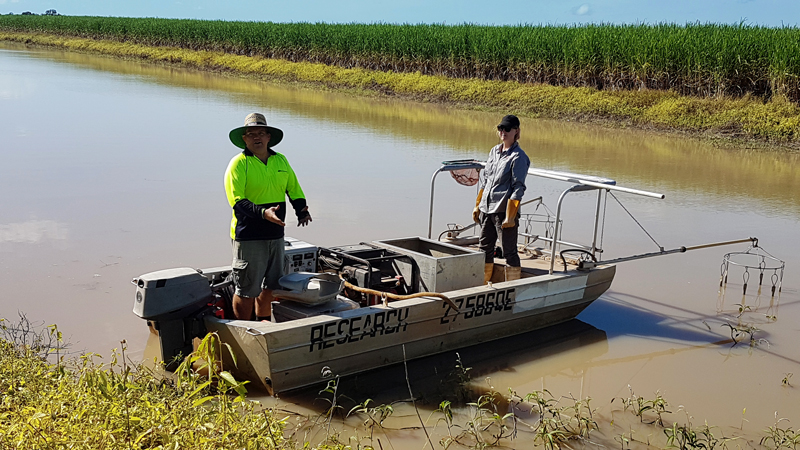