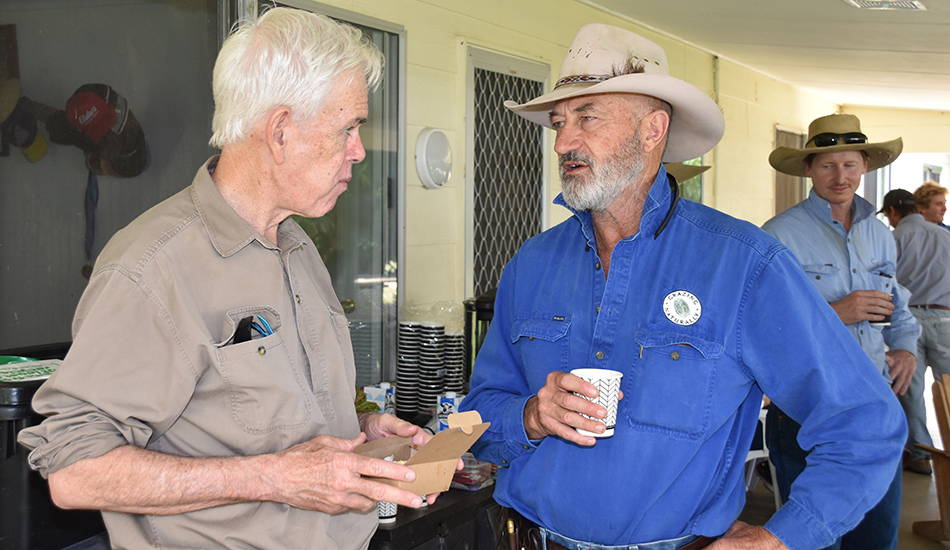 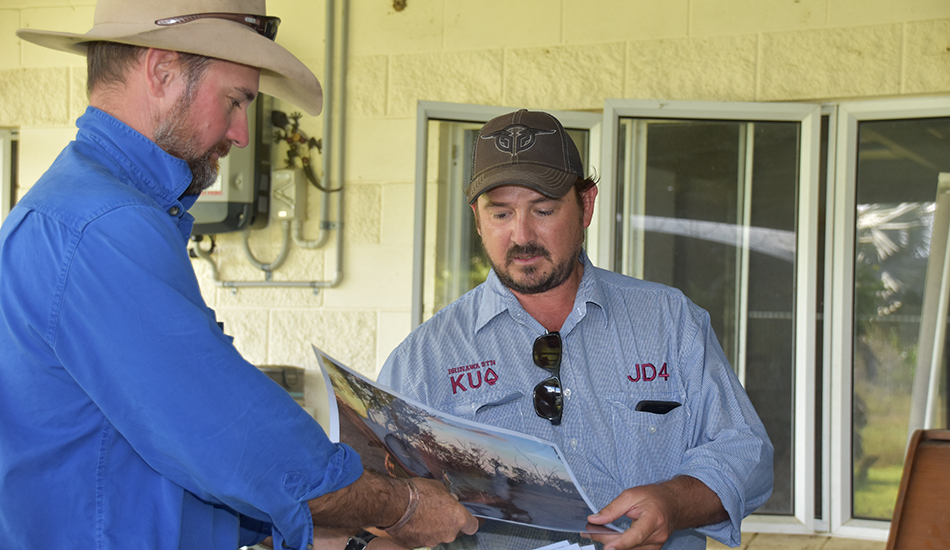 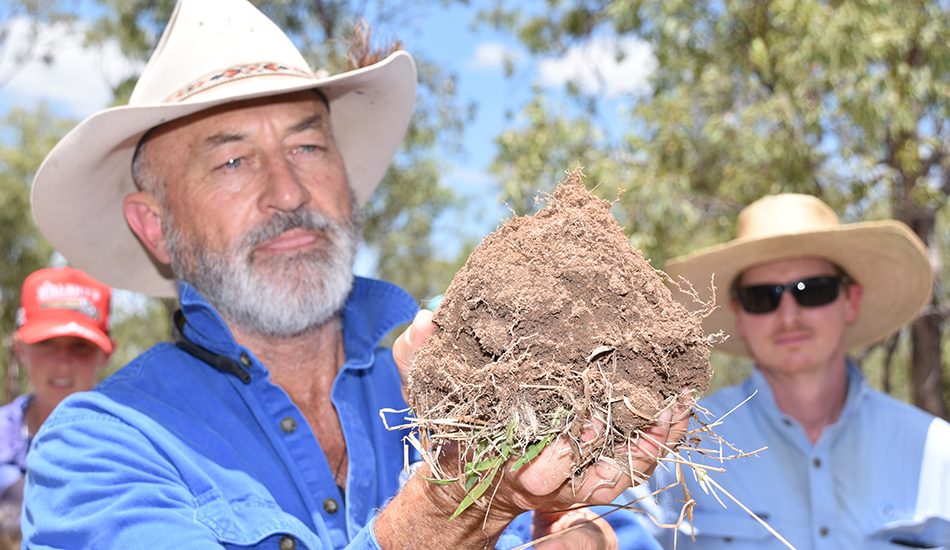 A guided bus tour of three grazing properties along the Flinders Highway could be the catalyst for landholders to redouble efforts to change grazing regimes. 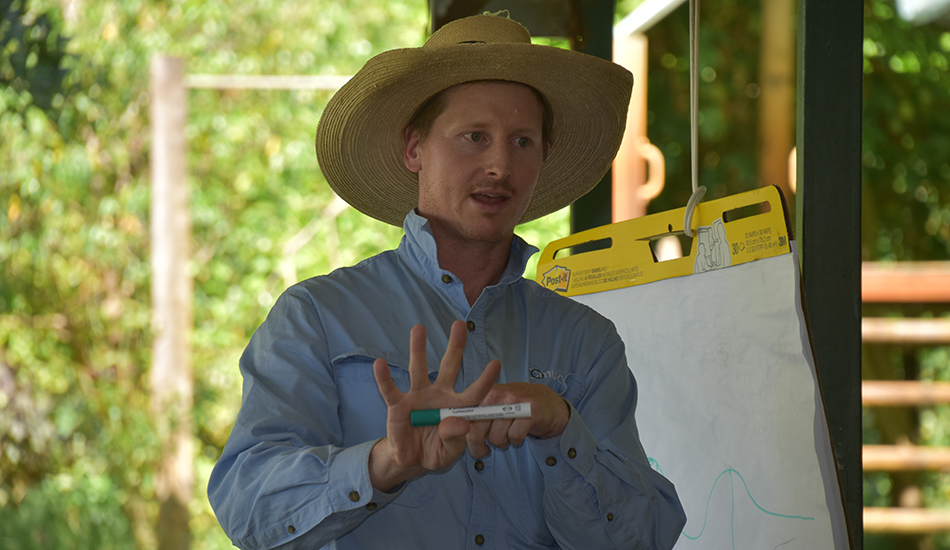 More than 30 Burdekin catchment landholders, a couple of experts, and a handful of NQ Dry Tropics field officers were aboard the bus that visited Lamington Park,  Woodstock; Worona, Reid River; and Virginia Park, Mingela.

NQ Dry Tropics’ Sustainable Agriculture Program Manager Rob Hunt said the Grazing Innovations Tour was an opportunity for people to understand that the concept of bunching cattle together in smaller paddocks with shorter grazing periods was not an exclusive club.

“Everybody is at different stages on the road to improving profitability and resilience, particularly during dry times, and we saw that in each of the three properties we visited,” he said.

The day was particularly successful because people on the bus were willing to freely share their experiences — good and bad.

Sam and Genevieve Clarke told the visitors they had only recently come to truly appreciate the benefit of changing their set-stocking routine to a managed grazing regime at Lamington Park.

Sceptics at first, they are now firm believers and are concentrating on improving their soil with mixed-species no-till planting in the paddocks.

“It makes everything easier. Cattle become quieter and you don’t need as many people to do the same jobs.

“They flow through the yards more easily and every process is a lot calmer and happier for everybody.”

Mr Clarke laughed when asked what prompted him to consider doing away with their traditional set-stocking regime.

“I asked Chris LeFeuvre (Worona) for advice about contour banks,” he said in response to the question from Department of Agriculture and Fisheries Principal Scientist Dr Peter O’Reagain.

“He told me not to worry about contour banks, just start shifting cattle around and everything would work out.”

The Clarkes overcame their early misgivings and now constantly measure and budget for the feed they have and the number of cattle grazing it, allowing them to make adjustments to their stocking rate well before it becomes critical.

Mr LeFeuvre said it was obvious pastoralists could only go backwards with continuous grazing.

His own observations led him to that conclusion but it was reinforced by national statistics.

In spite of the technological improvements in equipment since the 1970s — in polypipe, fencing, feedlots, grain-growing and fertiliser — the size of the national grazing herd had dramatically declined.

He said that was because of the decline in available pasture on deteriorating land that had been continually grazed since settlement.

Mr LeFeuvre said he was focused more on the land than his cattle, concentrating on kilograms produced per hectare, rather than individual weight gain.

“I find the harder you can hit it [the land] for the shortest amount of time, the more good plants you will grow,” he said.

That means more feed for cattle.

“If you’re going to grow more grass and you’re not prepared to get more cattle, you’re just going to hit a ceiling and stop again,” he said.

He said, from a business point of view, it was really exciting because increasing cattle numbers on the property did not increase the cost-to-carry overhead.

So, it was a trade-off… a little bit of individual weight gain against the benefit to the land by having bigger mobs in smaller paddocks. And the benefit  more than compensated for individual performance by reducing the cost to carry for each beast.

Virginia Park grazier Ben Bennetto is right at the beginning of his plan to adopt a managed grazing regime.

He is busy installing infrastructure — fencing and watering points — and plans to move his cattle through those smaller paddocks during the coming growing season to get a “good, even graze”. 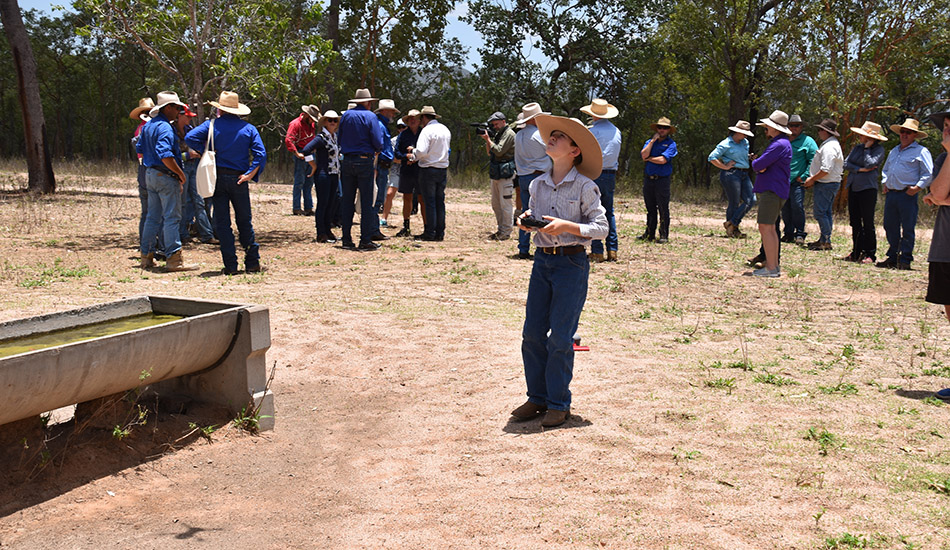 Twelve-year-old Hugh Lyons from Wambiana Station near Charters Towers had a job to do helping to film the event with his drone. 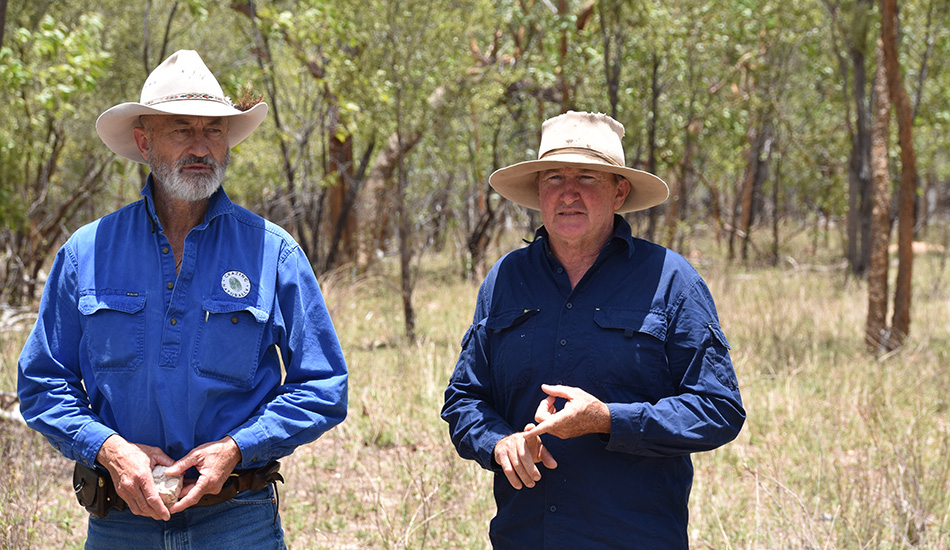 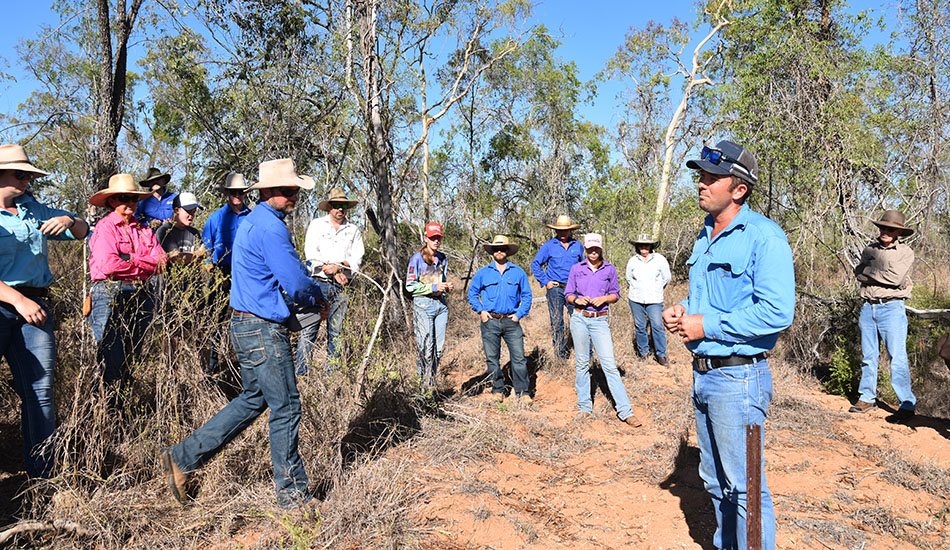 Lamington Park grazier Sam Clarke can easily move a mob of relatively uneducated weaners with no fuss or drama, thanks to his working dogs.