Ischaemum is from the Greek ischo (to restrain) and haima (blood), as woolly seeds of the type species were reported as being used to stop bleeding; australe, from the south (Australia).

Ischaemum australe is an erect, tufted, rhizomatous perennial 50–120 cm tall. The inflorescence, 3–10 cm long, may appear to be a simple spike, but is composed of two erect, closely appressed branches; as the seeds mature the branches come apart and become fragile and  readily break at the joints.

Large Bluegrass is native to Australia and tropical Asia. It grows in coastal areas in wet situations, swamps and poor sandy soils.

This grass appears to be a good species for revegetation of wetland areas: it has robust rhizomes (underground stems) which give the plant the potential to compete with weedy nonnative species. It can survive growing in water for long periods during the wet season.

Seeds need to be stored for 10 months to overcome dormancy. 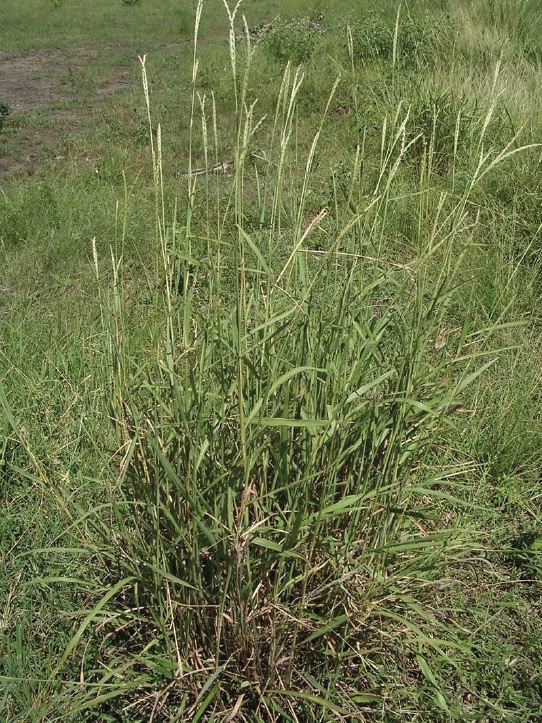 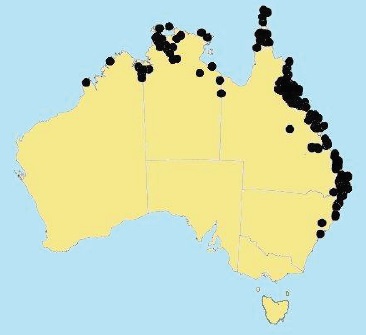 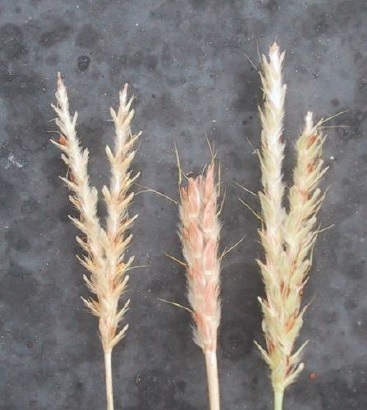