Sarga, the meaning is obscure; plumosum from the Latin for feathery, referring to the long hairs giving the pedicels a feathery appearance.

Sarga plumosum is a tufted, perennial grass 1–3 m tall. The stems have distinctive bearded nodes. Leaves usually have a white mid-rib, and vary in colour from shiny green to blue-green. The inflorescence is usually a dense panicle 12–45 cm long with dark red-brown spikelets.

Plume Sorghum is native to Australia and tropical Asia. It is found on sands, red earths and heavy loams, and grows in swamps, claypans, watercourses, waterholes and valleys.

The seeds of this species are eaten by gouldian finch, masked finch and long-tailed finch.

Seeds need to be stored for nine months to overcome dormancy. 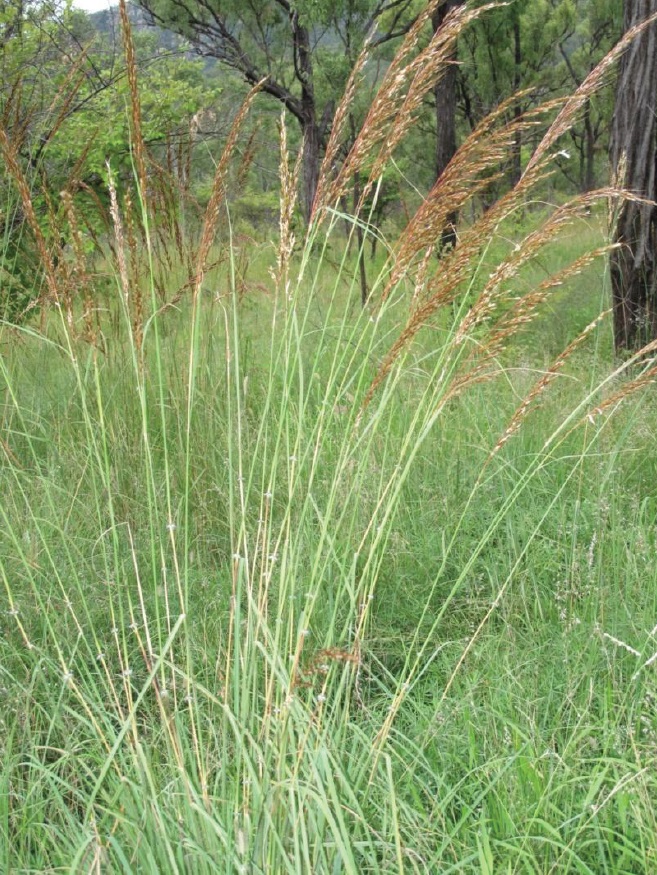 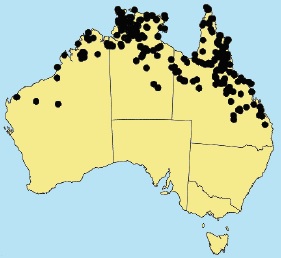 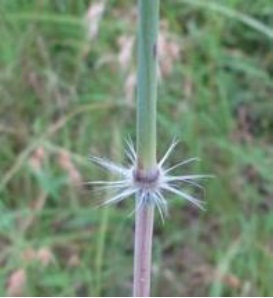 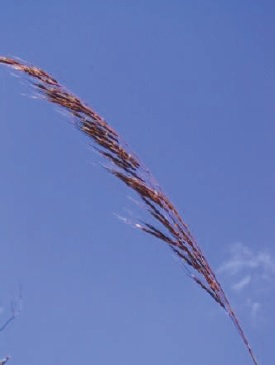