A win-win for farmers and the environment

Pilot project turns a problem into a plus

A PILOT project is turning the problem of weed chokes in a Lower Burdekin creek into a solution that benefits farmers.

NQ Dry Tropics partnered with Evolution Mining to remove weeds from Kalamia Creek, Ayr, and turn them into a compost to improve soil health and productivity on local farms. It is hoped that with further refinement, this process could help partially recover future weed management costs.

NQ Dry Tropics’ Senior Project Officer Scott Fry said that aquatic weeds are a natural part of the ecosystem, but if allowed to spread they impacted water quality and animal habitat.

“Weeds can provide water quality benefits by filtering out nutrients and minerals, however, if left unmanaged they cover the entire creek surface, reducing available oxygen in the water.

“Oxygen levels deplete further as the weeds decompose, leading to fish kills and a decline in the quality of water flowing out to the Reef.

“The chokes create barriers that restrict wader bird access to food, and prevent native fish such as barramundi and mangrove jack from migrating between freshwater and the sea to breed.

“By harvesting and composting the weeds, we are able to put these nutrients in the soil where they are of most benefit” Mr Fry said.

Bowen horticulture farmer Jamie Jurgens of Veejays Kalfresh has been using the compost on his crops, which include pumpkins, tomatoes, capsicum and green beans.

“I got involved with the project because I believe in the concept of turning the negative of weed chokes into a positive”, Mr Jurgens said.

“The compost is rich in minerals and nutrients, and it improves soil structure. It helps our sandier soils hold water for longer – requiring less irrigation – and it improves drainage in our heavier soils so water is better able to reach the root zones where we need it”, he said.

Simon Delander, General Manager (HSE & Risk) at Evolution Mining, said that it was great to be involved with the scheme.

“Evolution is proud to partner with NQ Dry Tropics on this project which enhances the wetlands, restores fauna diversity and improves farm productivity.  We are pleased with the progress made and the benefits it is delivering to local farmers”, Mr Delander said.

Scott Fry added that the project team was investigating ways to make the entire process more cost-effective to ensure its long-term viability.

“For this solution to work we need to refine each step, including harvesting, transportation, and biosecurity checks. It is exciting to think that we could continue to make use of the weeds, rather than simply removing them and leaving them on the creek bank”, he said. 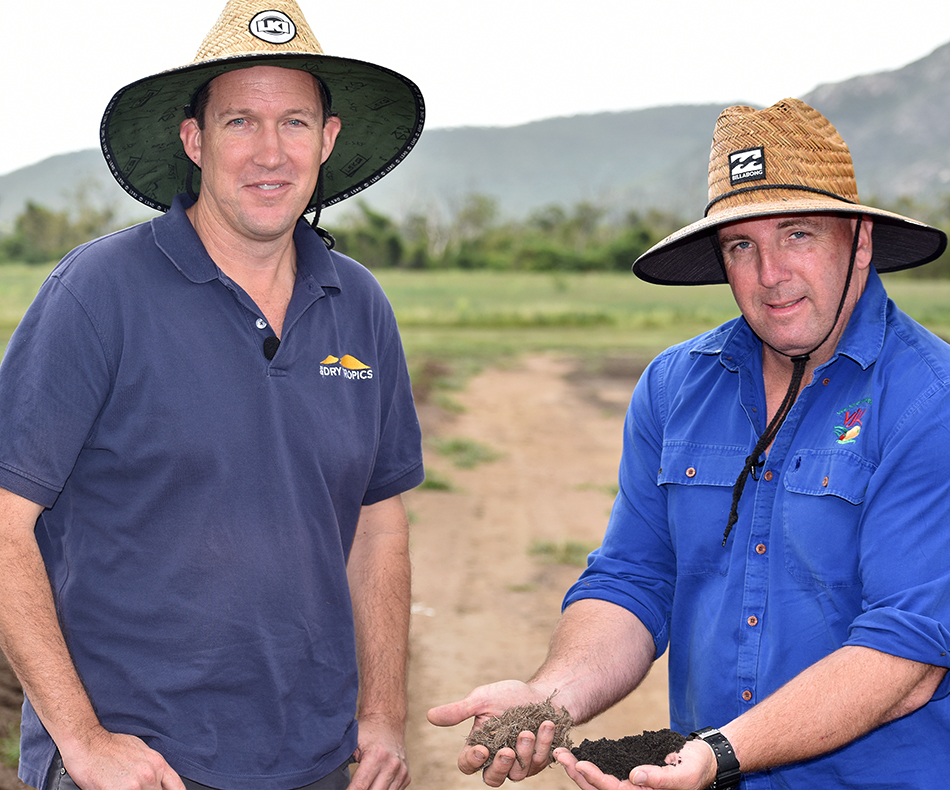 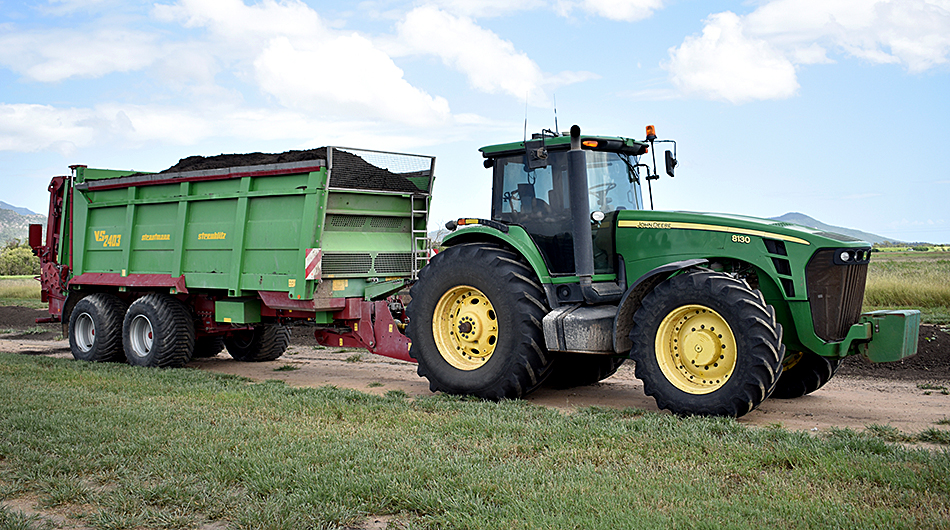 The compost is applied with a spreader