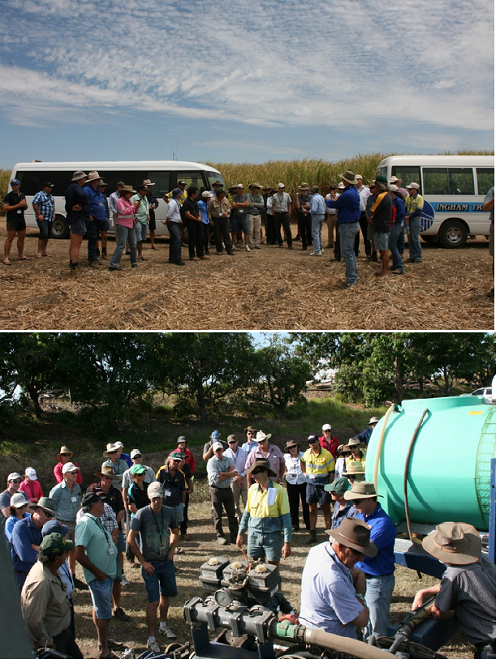 The primary purpose of Project Catalyst was to reduce the environmental footprint that sugarcane production has on freshwater quality and the Great Barrier Reef by speeding the evolution of cutting edge farming practices in the sugar industry.

Project Catalyst was a project supported through the Coca-Cola Foundation (TCCF) and World Wildlife Fund (WWF) since 2009. Project Catalyst covered 3 of the reef catchments including Wet Tropics, Burdekin Tropics (since 2010) and the Mackay/Whitsundays and was delivered by the Regional NRM bodies in these regions.

Project Catalyst started with 19 sugarcane growers within the Mackay Whitsunday region in 2009 trialing innovative sugar cane farming practices. The project then now expanded to include 72 growers and cover the surrounding sugar cane growing areas of Queensland’s wet and dry tropics. Each year the number and location of sugarcane growers’ increased, with plans to extend the projects reach to Asia, Africa and South America.

Project Catalyst growers represented some of the most innovative sugarcane farmers and their role in Project Catalyst recognised their willingness to experiment and invest in modern farming techniques to achieve greater economic and agronomic returns and, importantly their willingness to share the results. These new farming practices typically lead to strong improvements in water quality and benefit the reef and the grower.

The Burdekin Project Catalyst grower group included 24 growers who are currently, or had previously undertaken trials of innovative practices on their farms. The four trials in the Burdekin were looking at:

DAFF were contracted to undertake economic analysis of the current trials in the Burdekin Dry Tropics region. This included whole-of-farm economic analysis to evaluate the costs and benefits of transitioning from current farming practices to each of the focus technologies being trialed. DAFF had been working with NQ Dry Tropics since 2010 to support Catalyst farmers.

Video:We are all connected by water (produced by WWF Australia)