Whoa boys stand up to monsoon at 6 Mile Creek Station

A series of erosion control measures installed at a grazing property south west of Home Hill have held firm despite nearly record monsoonal rainfall during February.

Last September, whoa boys – a type of diversion bank – were installed along 14 km of roads throughout 6 Mile Creek Station, run by Ross and Tracey Tapiolas.

Ross Tapiolas said the whoa boys, installed to prevent water damaging roads and infrastructure during heavy storms, were doing their job after the property received 120mm in December, 150mm in January and 680mm in February.

“The whoa boys have been fantastic! We’ve seen minimal soil movement along our tracks where erosion used to occur, and our creek crossings aren’t all filled up with sludge and muck washed off our paddocks”, Mr Tapiolas said.

“The water is being held up on paddocks now, and we’re growing more grass than ever, which means food for our cattle and habitat for wildlife. The ground is soaking up more water, recharging the underground aquifers, and we’re not noticing big amounts of sediment leaving our property.

“Installing the whoa boys has helped us financially as well. Instead of paying for a grader to fix up our roads after events like this, we can now put our effort towards other priority projects to manage our grazing better.

“This is a great example of NQ Dry Tropics working with state and federal governments to deliver practical on-ground solutions that benefit landholders and water quality to the Reef”, Ms Anderson said.

“It’s great to see 6 Mile Creek, which has its headwaters on the western ranges of Six Mile, still running clear despite all that rain” she said. 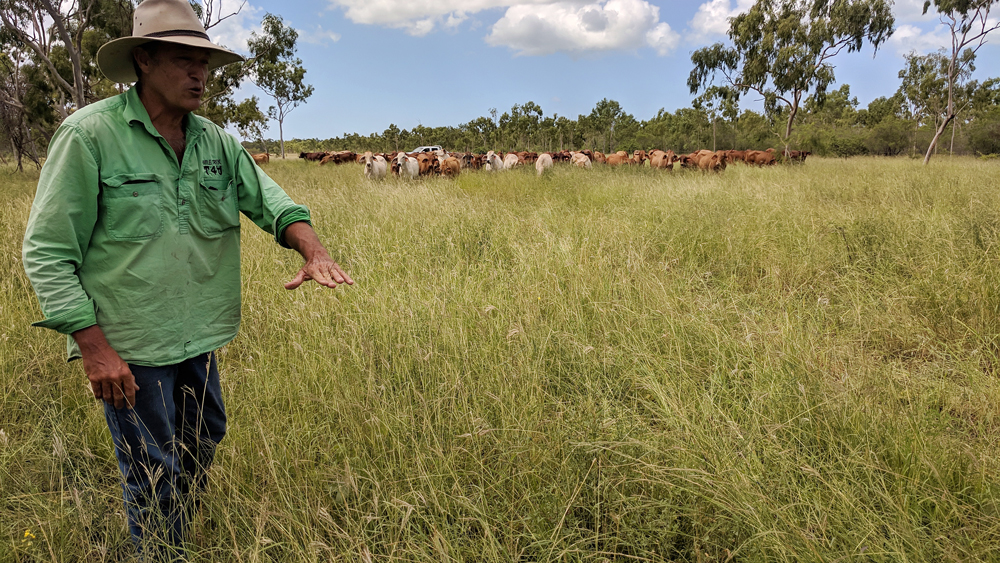 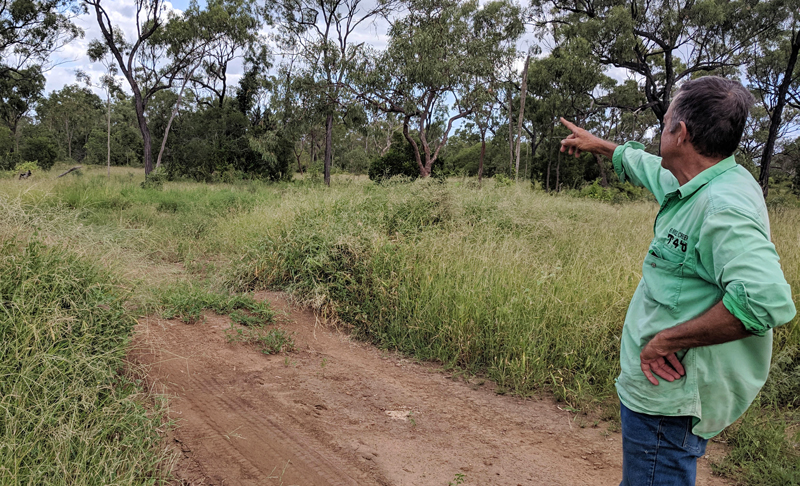 Ross Tapiolas points out pasture growth next to a whoa boy 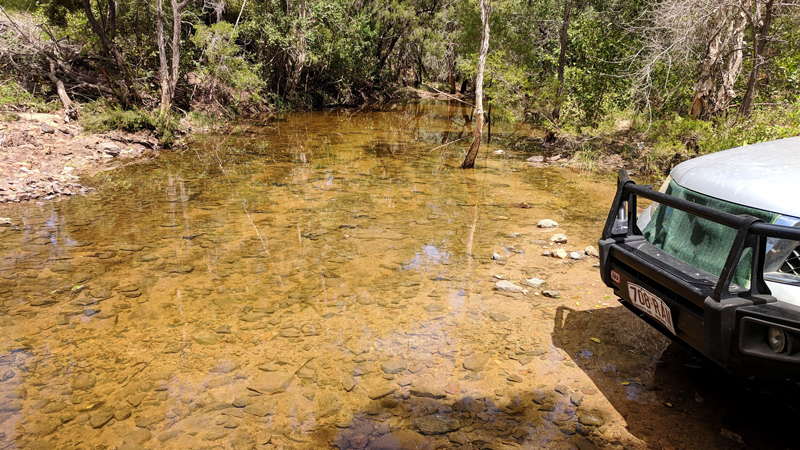