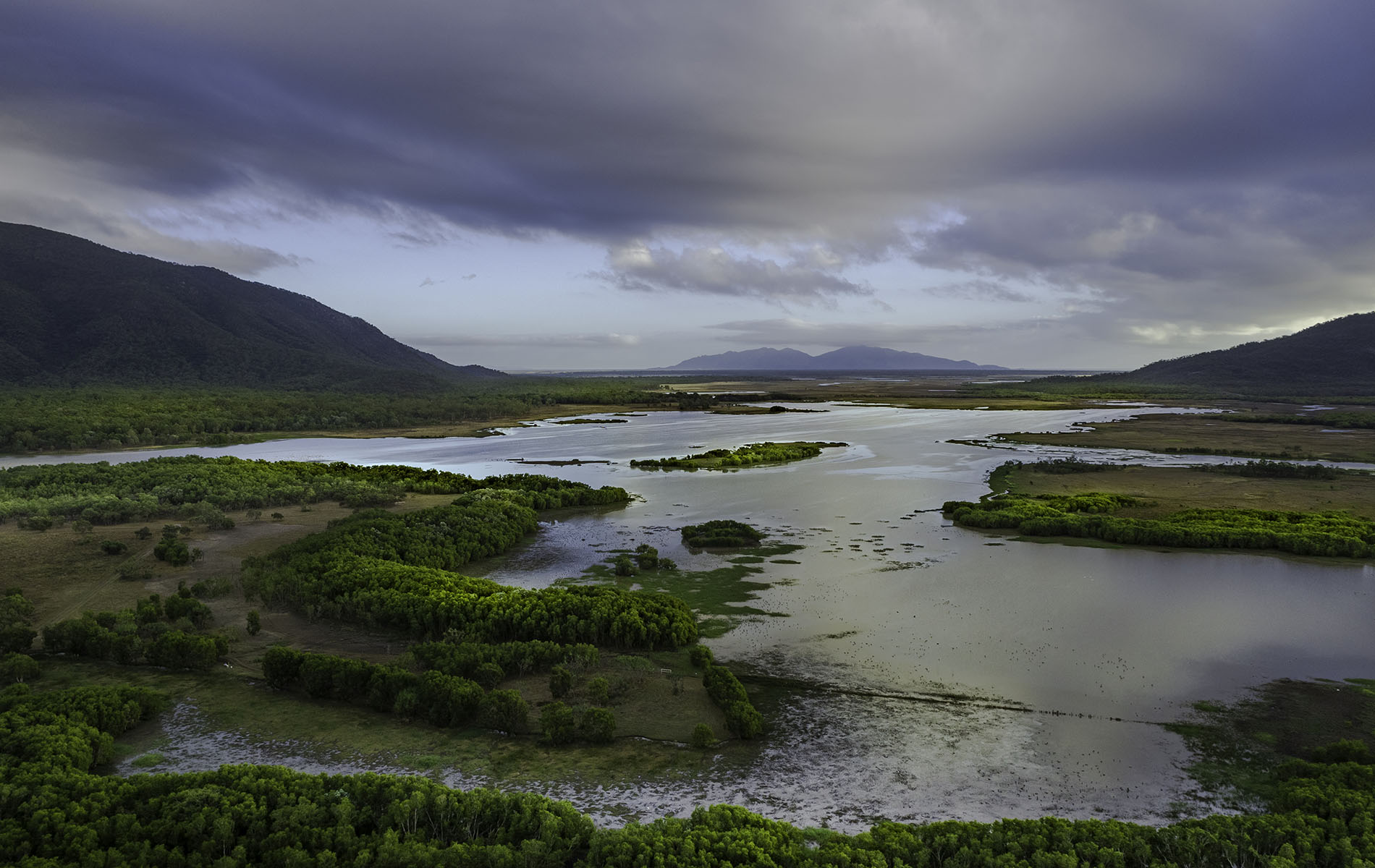 Nearly 400 North Queenslanders had a unique opportunity to learn about the spectacular Wongaloo Wetlands, which have been described as the east coast’s answer to Kakadu National Park.

Located on a former cattle property at the foot of Mt Elliot, and not currently accessible to the public, Wongaloo Conservation Park is a haven for wildlife, particularly waterfowl and woodland birds.

The open day, organised last Sunday by NQ Dry Tropics and hosted by the Wetlands and Grasslands Foundation Park Trustee and Manager, aimed to raise public awareness of this natural wonder, located just minutes from the Bruce Highway between Townsville and Ayr.

During his Welcome to Country,  Mr Smallwood spoke about the cultural significance of the site to Bindal members, past and present.

He said 19th century English seaman James Morrill, who lived with aboriginal people for      17 years in the Mt Elliot area, wrote that 1000s of people from different tribes had met at the site for a  corroboree  — due in part to plentiful available food supplies.

“For thousands of years our people have been living in this area, which was considered a natural supermarket due to the abundance of fresh water, fruit, and animals,” Mr Smallwood said.

“Today is about getting together to share cultural knowledge and scientific knowledge.

“It’s not our country, it’s everyone’s country, and it’s about respecting each other,” Mr Smallwood said. 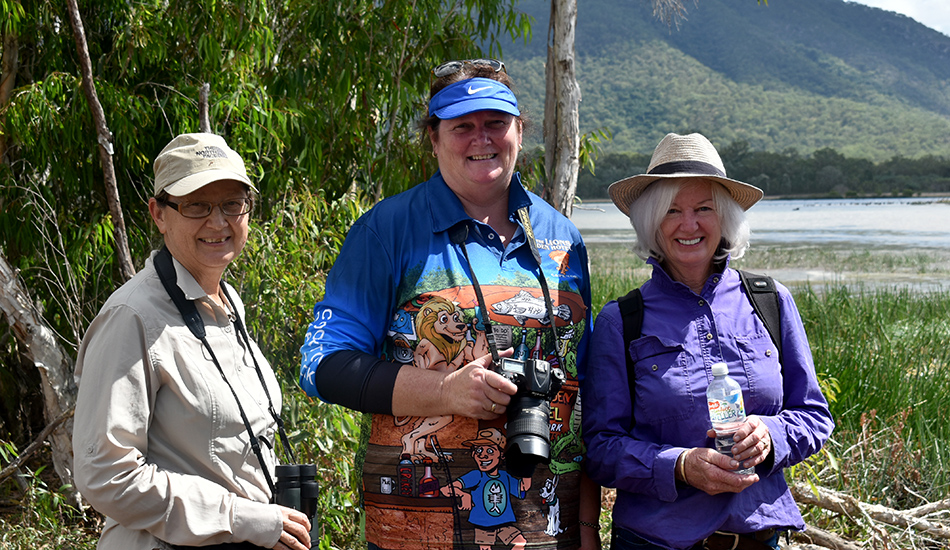 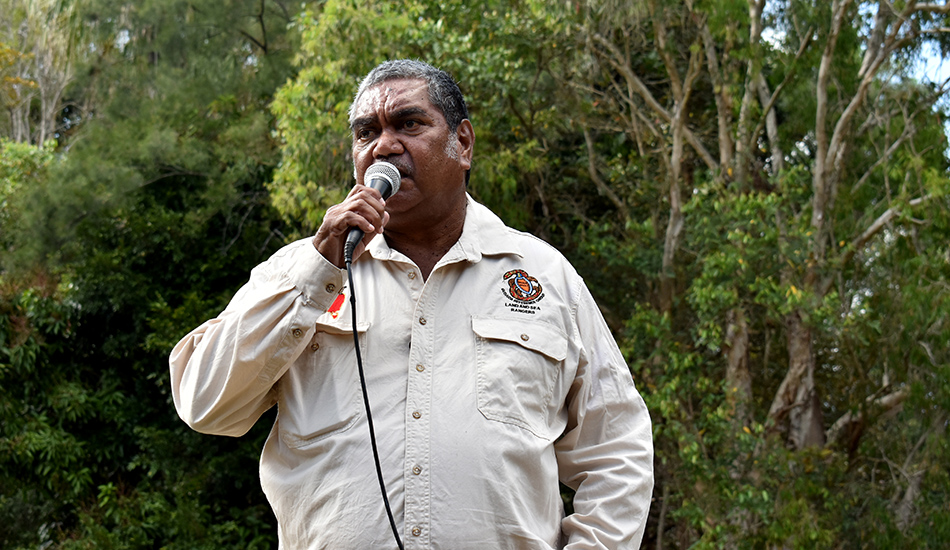 Once the smoking ceremony had ended, attendees were then offered a choice of learning experiences at a series of locations across the site, including bird watching with staff from BirdLife Townsville, a rainforest walk guided by members of Native Plants Queensland, and an NQ Dry Tropics presentation focused on the importance of maintaining healthy wetlands.

Buses were on hand to transport visitors to and from the different points of interest, and once they had finished exploring and returned to the main exhibition area, they cooled off and refuelled with ice cold refreshments and a sausage sanga kindly prepared by members of the Scott Rural Fire Brigade.

Directors from the Wetlands and Grasslands Foundation, and staff from TropWATER, Queensland Department of Agriculture and Fisheries, Australian Institute of Marine Science, and Burdekin Shire Council were also on site to chat with attendees and answer questions about their role in protecting wetland habitat.

And plenty of kids — and some adults — took advantage of the face painting services offered by Townsville Angel Faces. 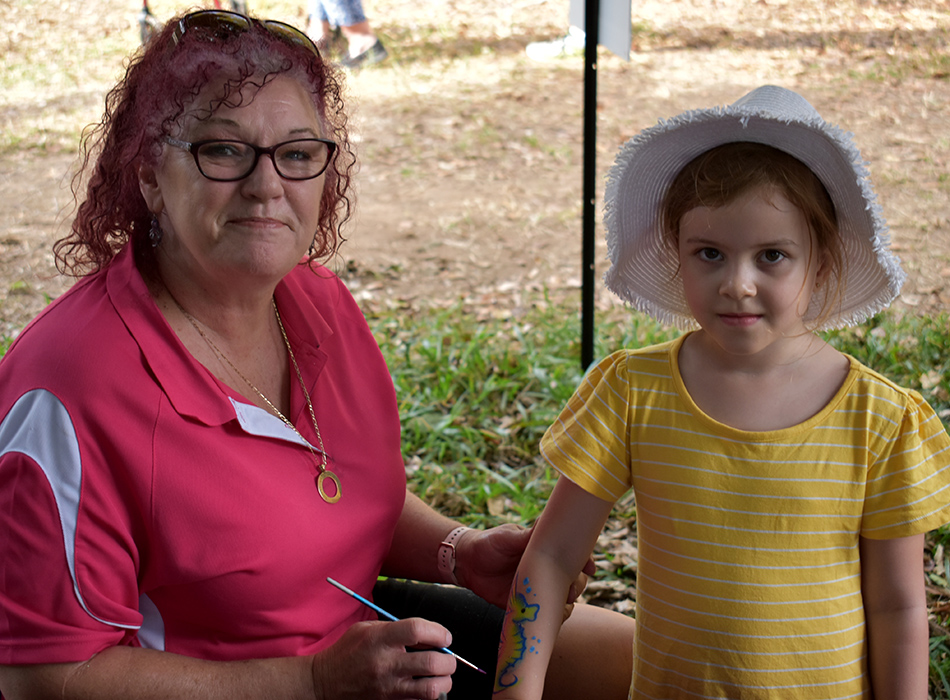 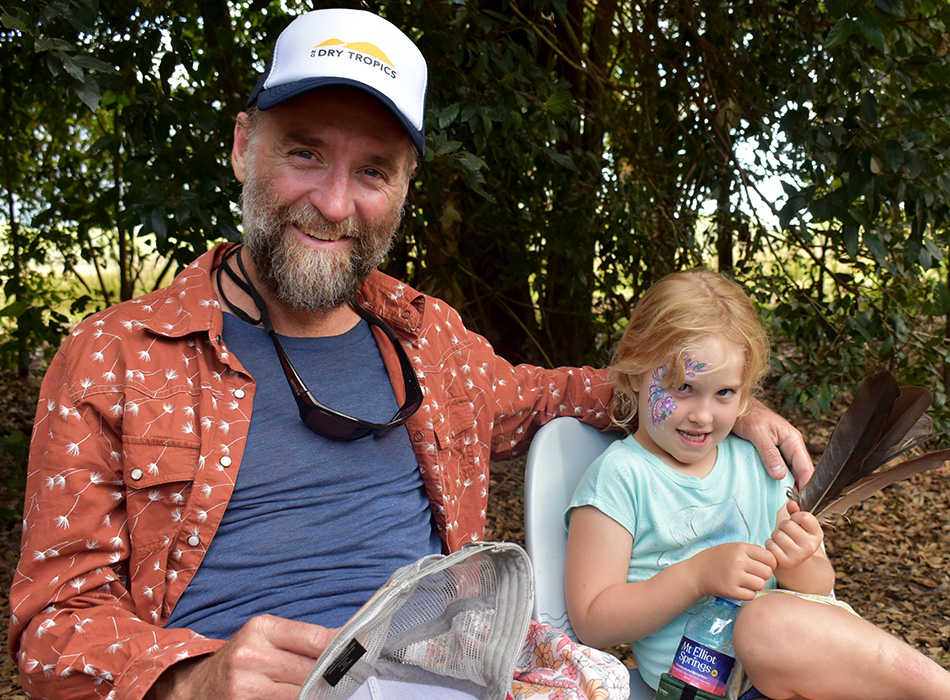 NQ Dry Tropics Project Officer Shakira Todd said the enthusiasm for nature shown by attendees — many of them children — boded well for the future.

“We had people travelling here from Charters Towers, Bowen, Townsville and Ayr, as well as locals from Giru who hadn’t experienced this beautiful site only a stone’s throw away from their homes,” Ms Todd said.

“I saw so many young kids and teenagers today, and I hope that what they experienced inspired them to take a greater interest in visiting natural areas, and helped them understand why it’s important to protect wetland habitats.

“An important aspect of the project is raising community awareness about conservation — and it’s an ongoing challenge so we need the next generation to take on the mantle.” 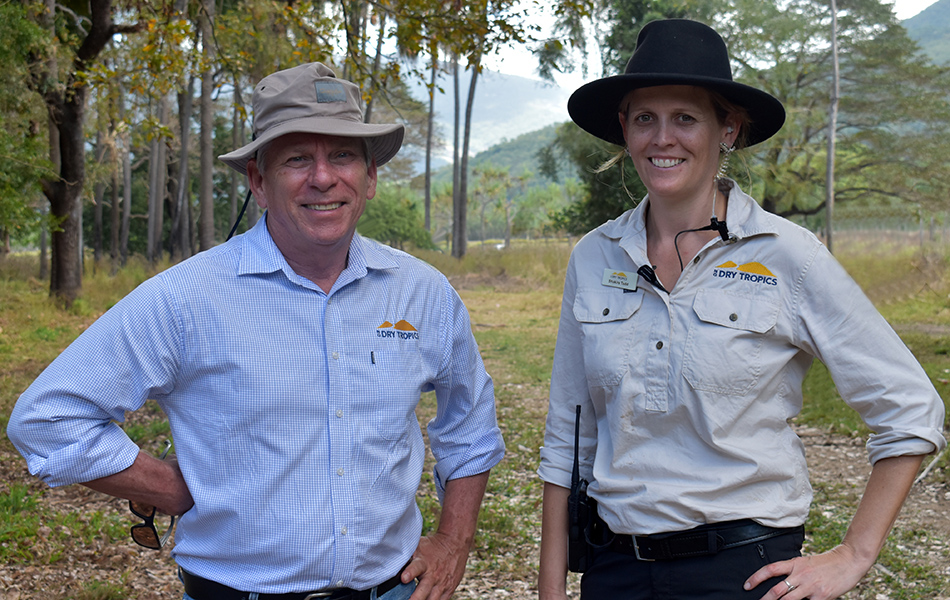 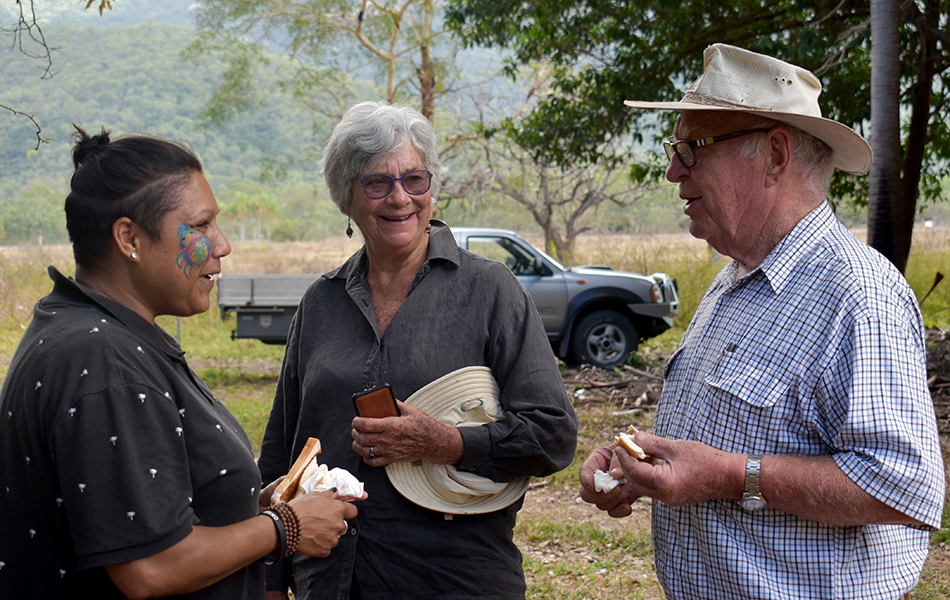 Mark Stoneman AM, co-founder and Executive Director and Project Manager of the Wetlands And Grasslands Foundation, is spearheading the ongoing rehabilitation effort at Wongaloo, opposite where he has lived for 40 years.

He said the disconnect between rural and urban communities was a big problem in Australia, and events such as these were helpful in addressing the issue.

“I am delighted with the turnout today, and I hope that everyone got something out of it, in particular an understanding of what a gem we have in the midst of this community,” Mr Stoneman said.

“The Wetlands and Grasslands Foundation is a not-for-profit charity dedicated to promoting a better understanding of the practical side of conservation.

“We have been advocating for many years to open this unique and iconic site up to the public as a tourism destination and interpretive centre, due to its incredible diversity.”

Mr Stoneman said Wongaloo could also be promoted as part of a future circular tourism route taking in Charters Towers, Cardwell, Bowen, and the Great Barrier Reef — which he coined the “100 mile wonderland”.

“I believe you would find nowhere else on earth with such a diversity of attributes, including animals and plants only found in semi-dry tropical areas,” Mr Stoneman said.

Wongaloo is adjacent to the Bowling Green Bay wetlands, which are one of only five wetland sites in Queensland listed under the Ramsar Convention on Wetlands of International Importance, due to their exceptional habitat for bird life, particularly water fowl.

Ramsar is the Iranian city at which the Convention was signed in 1971, and the Wongaloo Open Day was organised to celebrate 50 years since this historic event took place. 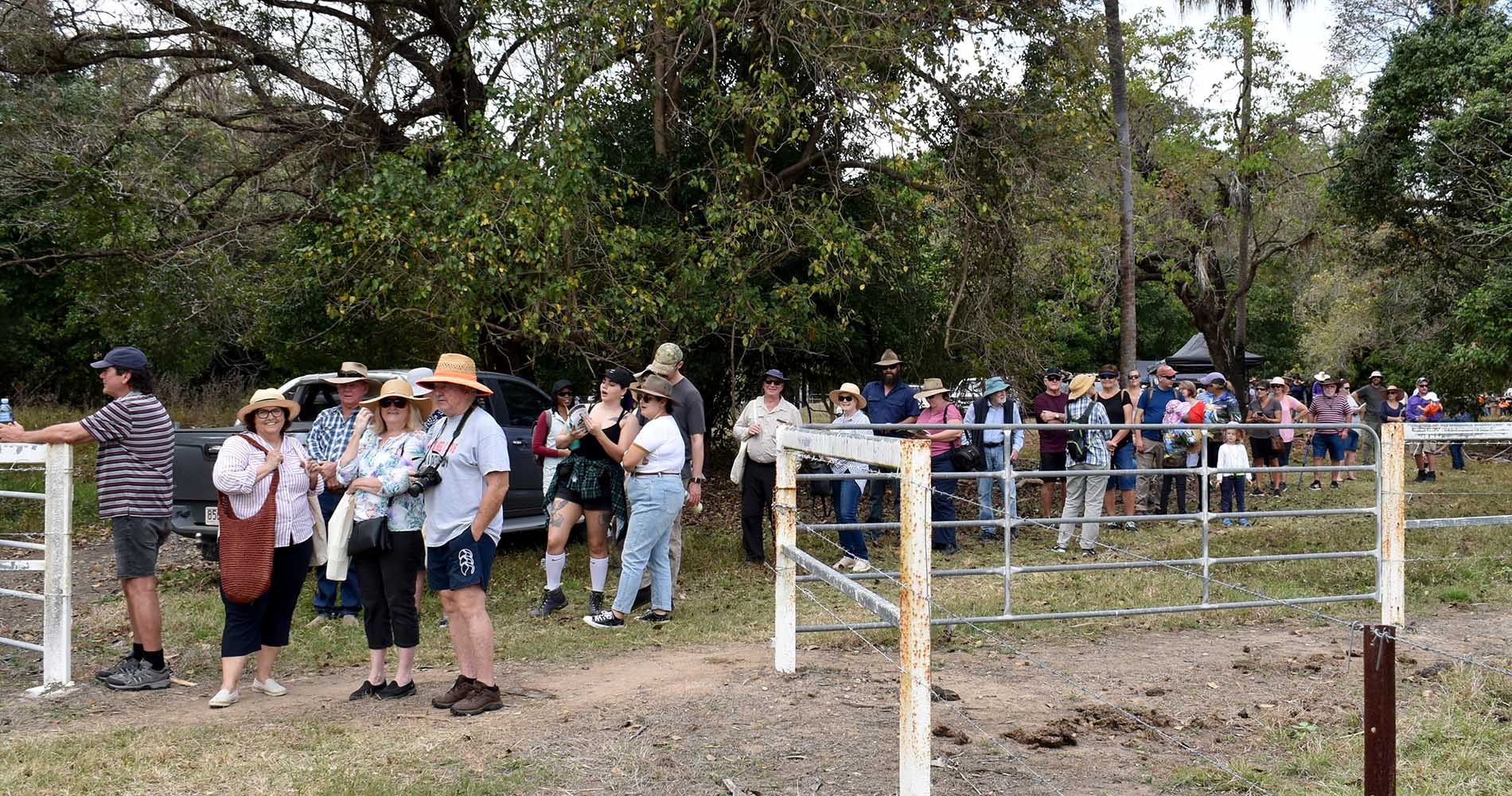 Queue for the bus 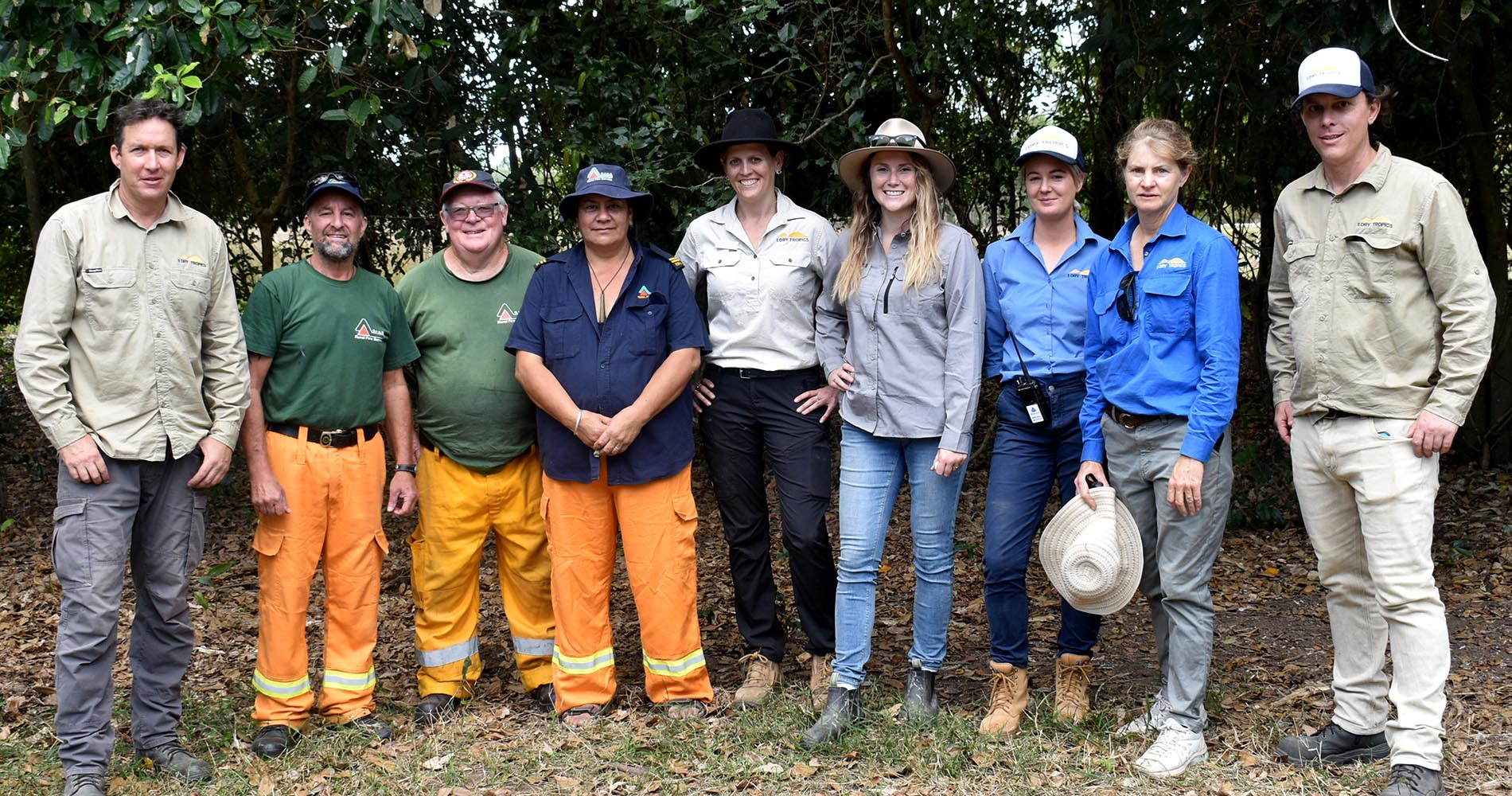 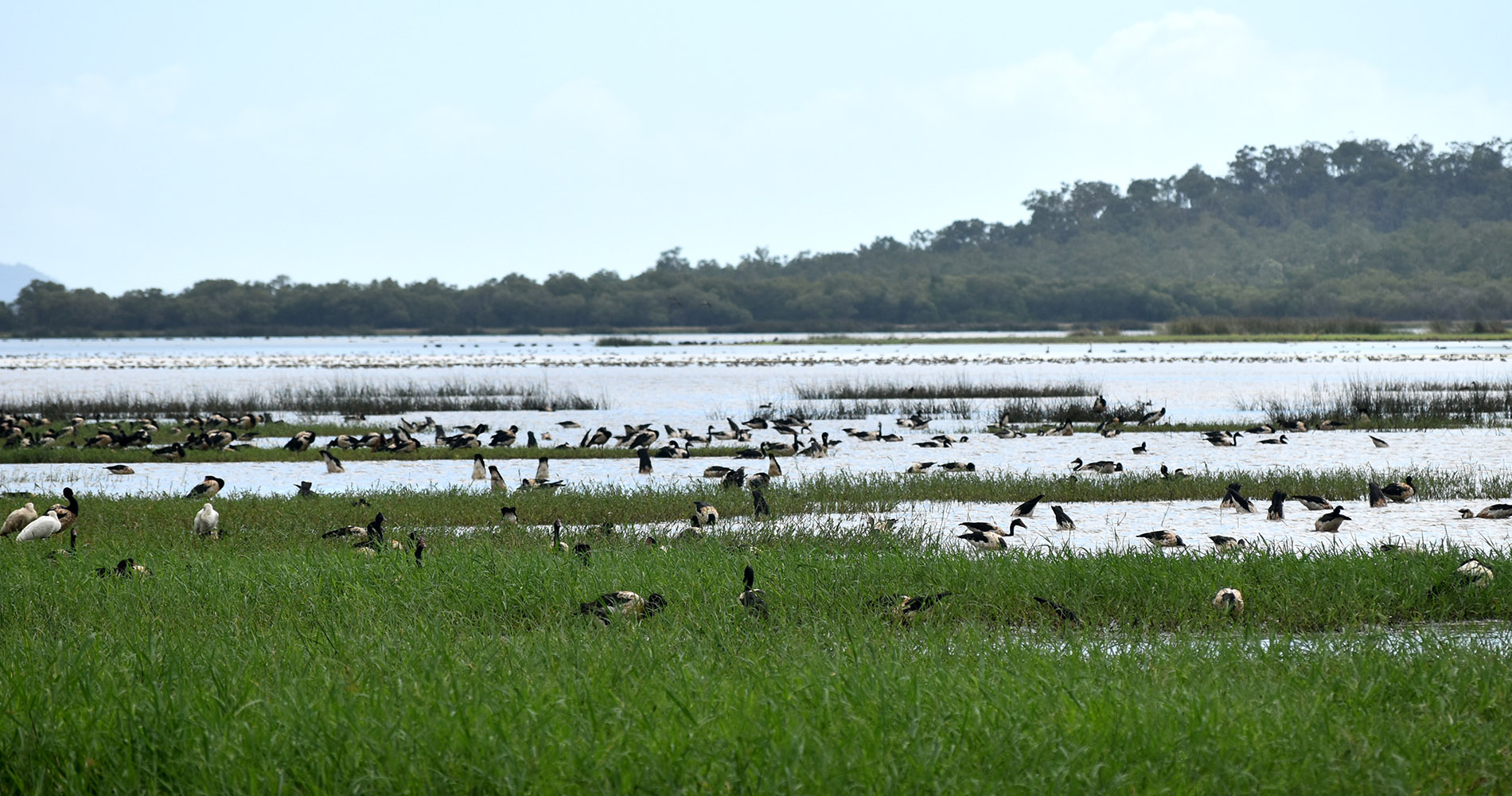 Wongaloo is a haven for bird life 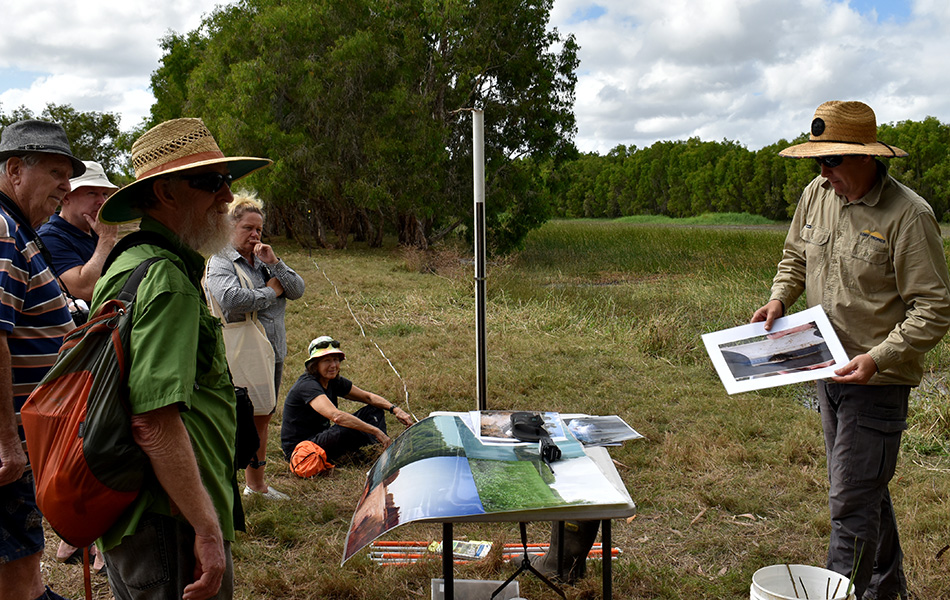 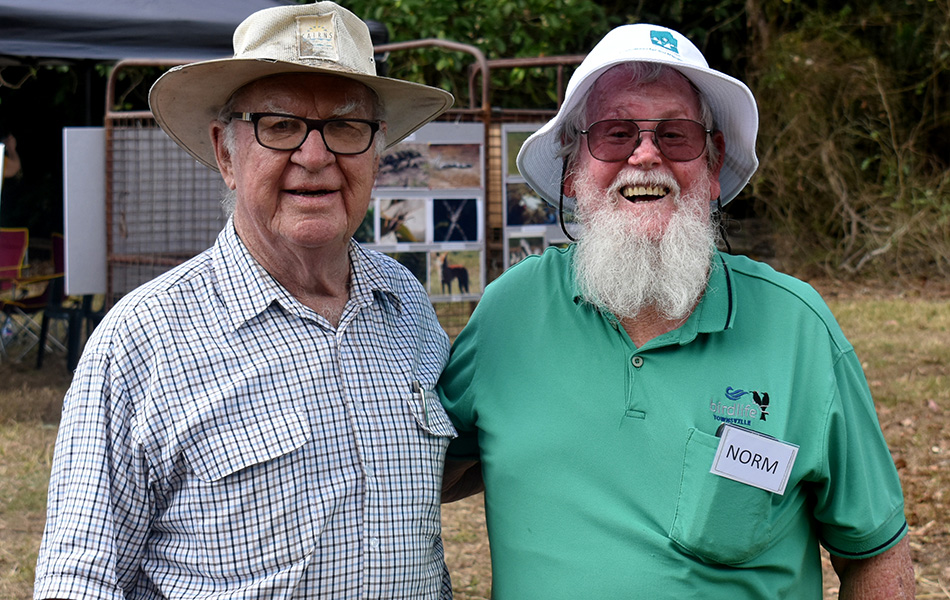 Mark Stoneman AM with Norm Rains of BirdLife Townsville 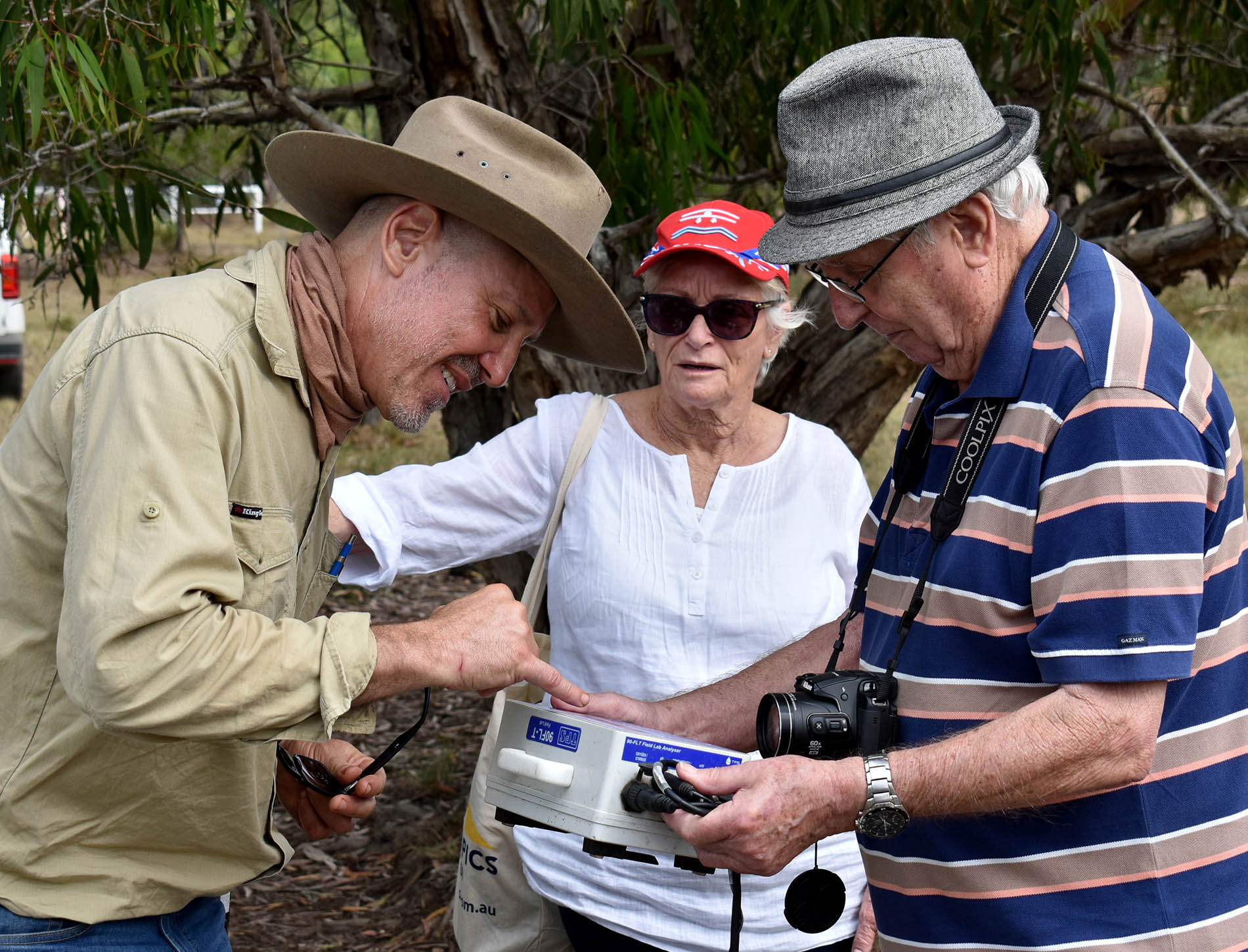