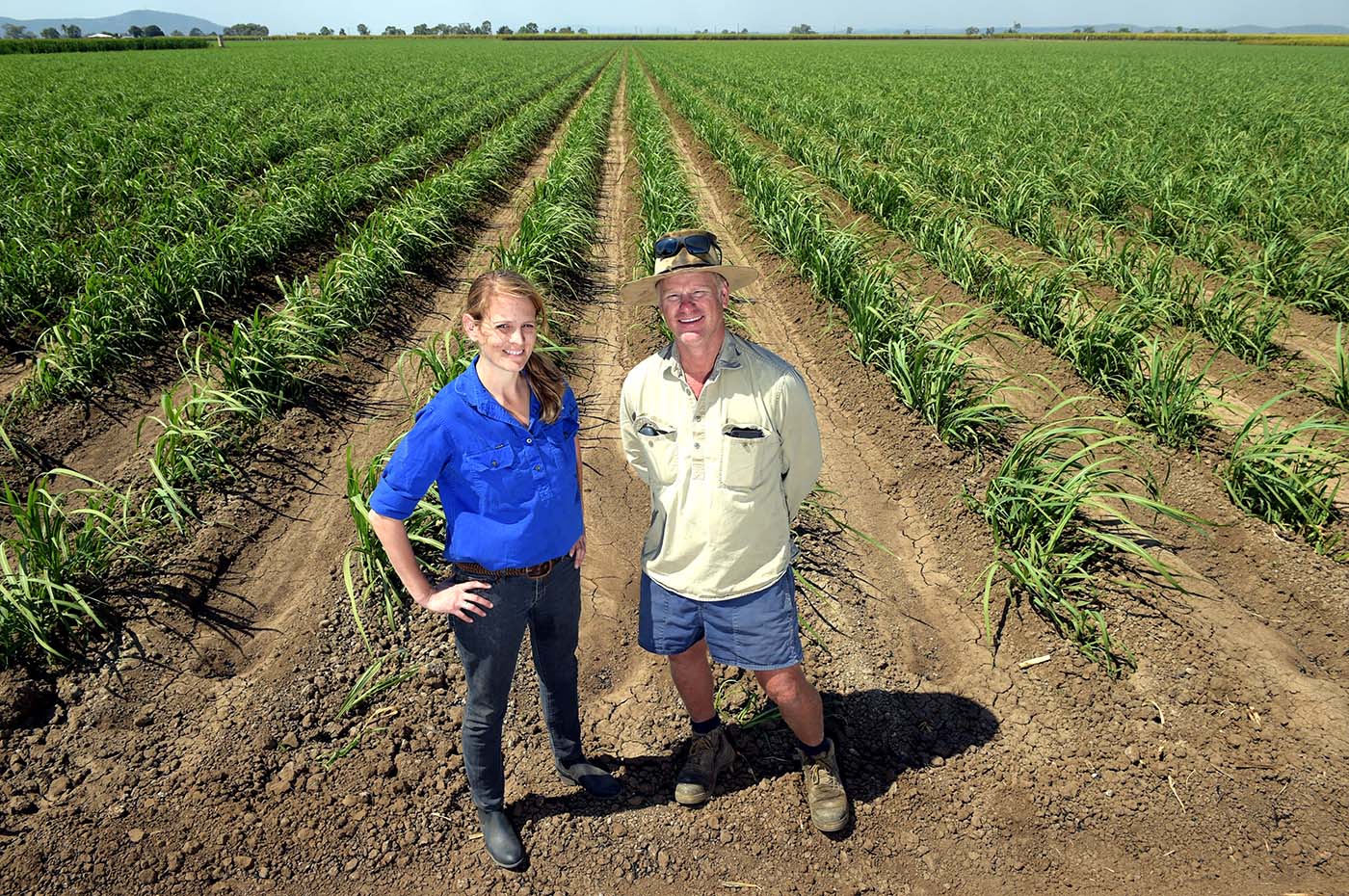 THE first “report cards” are on the way to Burdekin cane growers who participated in a three-year program to reduce the amount of nitrogen fertiliser applied to their crops.

Every one of those “report cards” would be graded an “A+”.

Collectively, the 16 farmers used much less nitrogen (N) on their crops without affecting the quality or quantity of cane grown.

More than 700 tonnes of nitrogen that would otherwise have been used on their crops stayed in the warehouse.

It’s a spectacular result, and it was acknowledged by their peers at the Project Catalyst Forum in Mackay recently where a video explaining the project and the Pilot Round results was screened.

Individually, the farmers were able to dramatically reduce the rate of N applied (on average, by about 20 per cent) using the Six Easy Steps methodology to determine fertiliser rates.

NQ Dry Tropics Project Officer Shakira Todd said farmers saved money because they had to buy much less fertiliser and the environment benefited because there was much less chance of damaging Dissolved Inorganic Nitrogen (DIN) from farms ending up on the Great Barrier Reef.

Nitrogen is one of the key nutrients the crop needs to drive photosynthesis and sugar production.

Historically, it has been the “go to” element farmers used to grow more cane, to produce more sugar and make more money.

“We believed that we could grow more cane by adding more fertiliser, and it became a bad habit,” Home Hill grower Eric Barbagallo said.

That belief became entrenched and growers firmly believed that reducing the amount of N — commonly delivered by spreading urea — would directly affect production and, therefore, threaten their livelihood.

The problem for the industry was that the Dissolved Inorganic Nitrogen (DIN) not taken up by the crop, and allowed to leave the farm in irrigation run-off and drainage was more than likely going to end up on the reef.

But the Reef Trust Tender – Burdekin project supported by NQ Dry Tropics and funded by the Australian Government’s Reef Trust Program is changing the way cane growers approach nutrient application to their crops.

Managed by Project Officer Shakira Todd, the project paid growers to commit to a reduction of at least 5 per cent in nitrogen applied to their crop.

The idea was that by taking away the perceived risk, growers could adopt the recommendations from the Six Easy Steps methodology without fear of financial ruin if it went wrong.

Although the Pilot Round of the project is finished, and farmers are no longer being contracted to reduce fertiliser rates, they continue to examine data, and conduct soil analyses to apply even less nitrogen.

That’s primarily because not one grower in the project recorded any reduction in yield from the crops they grew with less nitrogen.

The only effect on their bottom line was positive, because the reduced spend on fertiliser has transferred directly to profit.

The financial aspect is important, but so is the environmental benefit.

“It’s not really about the money if you’re getting results,” Mr Barbagallo said.

“As farmers, we’re environmentalists, that’s the best way to describe us.

“It is about the environment.

“But if you’re also saving money… as a farmer it’s a win-win.”

About 50 growers are involved across three rounds of the project and word of their success is spreading rapidly among their peers.