Neil McDonald works the trainer mob of cattle with Noble, one of his longer-serving stalwarts.

Education the key to moving cattle calmly and safely

THE workshops conducted by Neil McDonald at his Livestock Handling and Working Dog School are all about educating graziers to  develop a calm, safe routine for shifting cattle.

He has a strict priority in the way he goes about delivering that education.

First, the people involved need to be taught (and, Neil would say, they were most in need of education), then the cattle, and then, and only then, the dogs.

It is a system he proves time and again that produces co-operative, predictable  cattle tolerant of novel and stressful situations. (Others might call the same animals “quiet” or “well-handled”.)

Co-operative cattle that are a pleasure to shift from paddock to paddock means graziers immediately have more control of their pasture management leading to more end-of-season ground cover, reduced erosion and improved productivity.

The Livestock Handling and Working Dog School at Pentland was one of a series organised by NQ Dry Tropics as part of its Reef Alliance – Grazing project funded by the partnership between the Australian Government’s Reef Trust and the Great Barrier Reef Foundation.

The theory — an insight into the way the dogs, and the cattle they’re herding react according to instinct — is delivered in the classroom and reinforced in the arena.

“We want to harness the dogs’ natural instinct,” Neil said.

As with many of the lessons he delivers, the explanation comes in the form of a story.

This one is about the wolf pack that sends one or two of its number away to the other side of a herd of deer or antelope.

The two on the other side of the herd expend a lot of energy bringing the herd back towards the rest of the pack, lying in wait, fresh and ready to pounce on dinner.

“You have to be the leader of the pack,” Neil said.

“The dogs naturally want to go to the other side of the herd and bring them back to their leader.

“The cattle want to move away from the dogs, while continuing to stay away from you.

“So, by walking away from the herd in the direction you want them to move, the cattle will follow.”

Sounds simple. And it is, but, naturally there are a few more skills to learn before people achieve that.

Some home-truths seem pretty basic, but when Neil drops them casually into the narrative, most people in the audience find themselves squirming a little in their seats. Take practice, for instance.

“You practice for campdraft, or golf, how many people practice these skills with their dogs and a small trainer herd before going out into the workplace?” he said.

Repeatedly, Neil made reference to the value of having a “trainer” herd made up of beasts familiar with the routine of working with people and dogs in an enclosed area, like an arena.

He said the cattle provided for the event by grazier Matt Crowley increased in value every time they were pushed around the arena by Neil or a student working with the dogs.

“Educated cattle make it easy to use all of your property, even the most difficult paddocks,” Neil said.

Keeping the people, cattle and dogs working together in harmony while moving a mob was essential.

“Don’t chase cattle into a yard,” he said.

“It’s better to put a wall (of dogs and people) where you don’t want the cattle and that will lead them to want to go into the yards.” 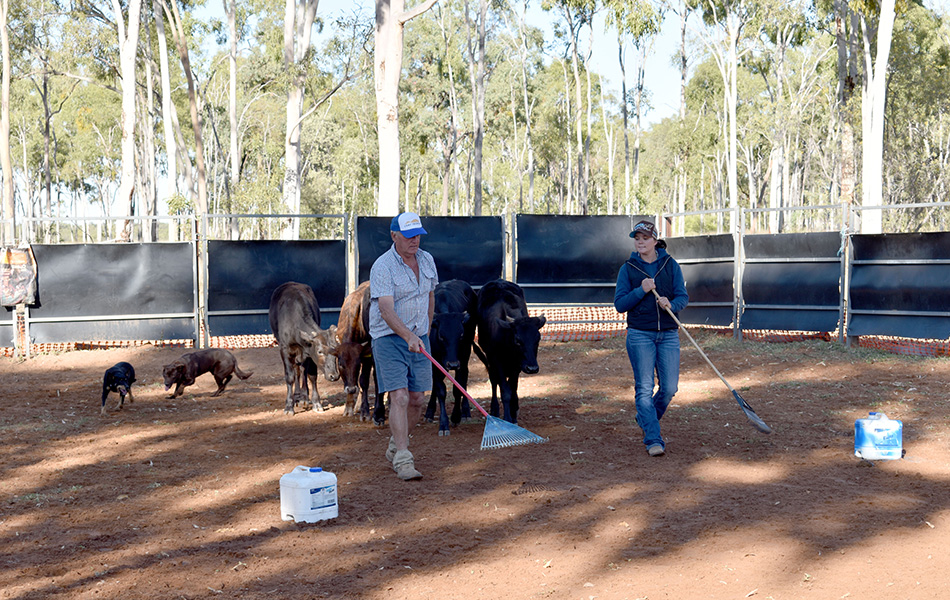 Eve Devon from Clarke Hills Station gets some one-on-one instruction from .Neil McDonald during his Advanced Livestock and Working Dog School at Pentland. 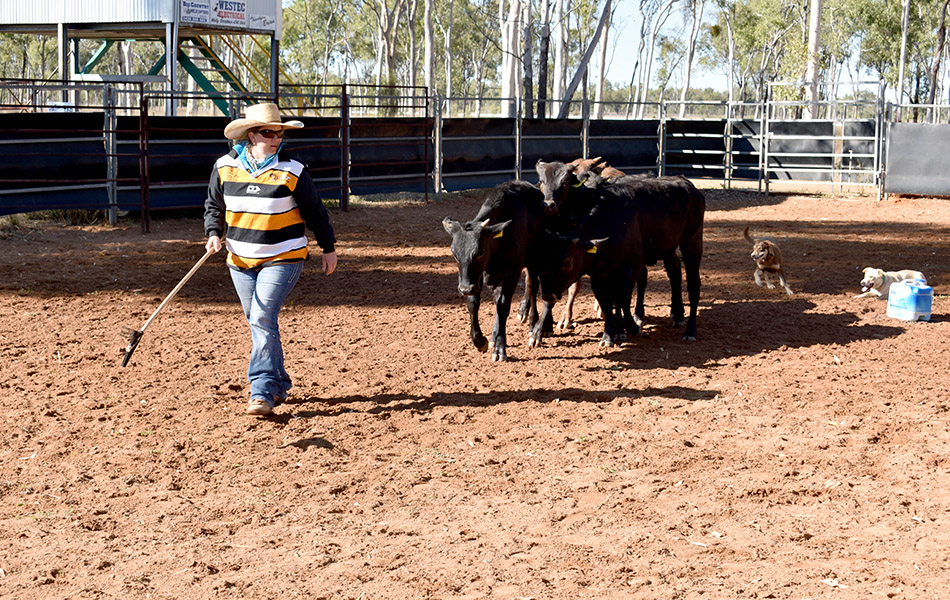 Kylie Stratton from Red Hill Station and her dogs Farmer and Tilly. 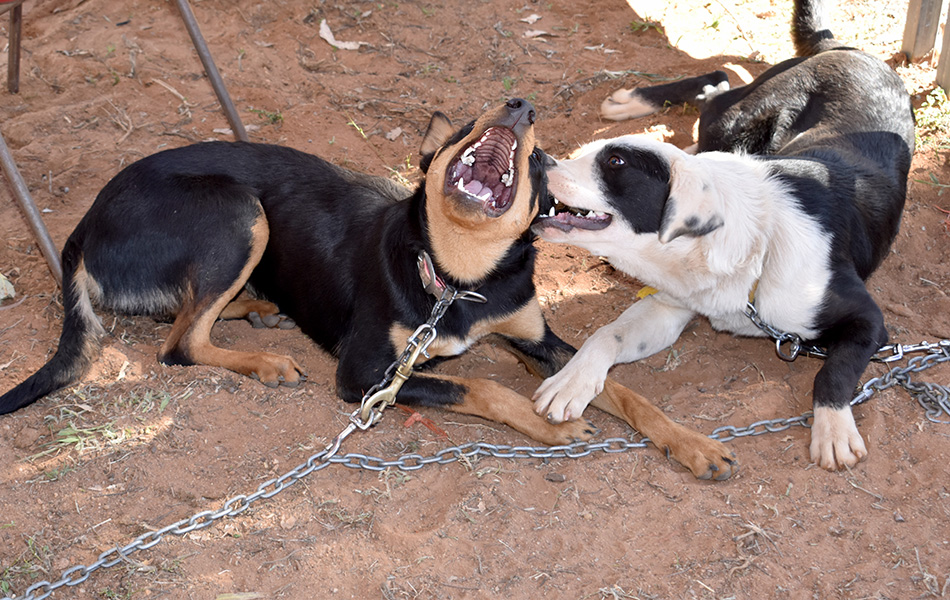 Playing up while the boss isn’t watching! 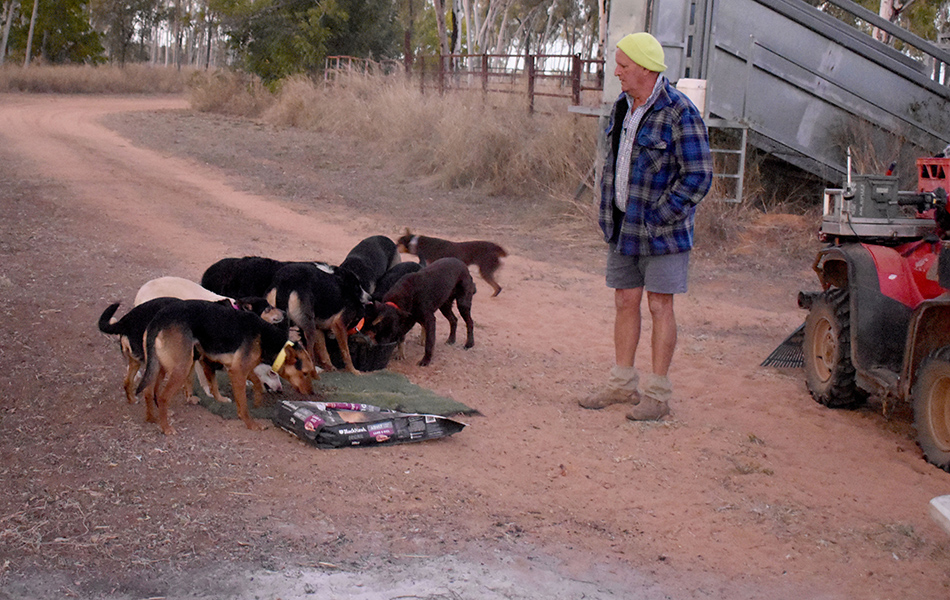 Up at first light to feed the dogs and give them a run. Importantly, the dogs eat together under supervision. 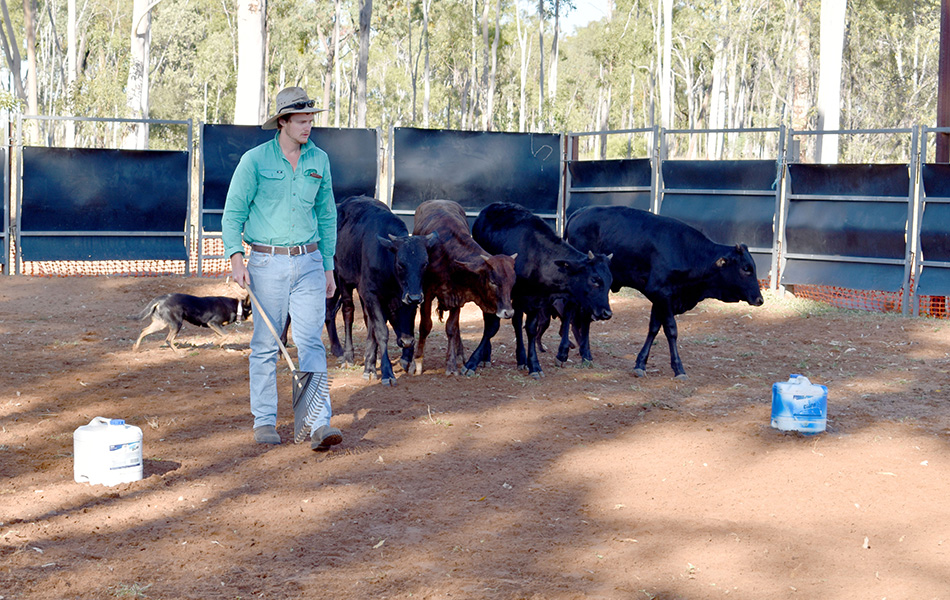 Michael Hobbs, from ingham, has the trainer herd nicely under control and moving calmly around the arena. 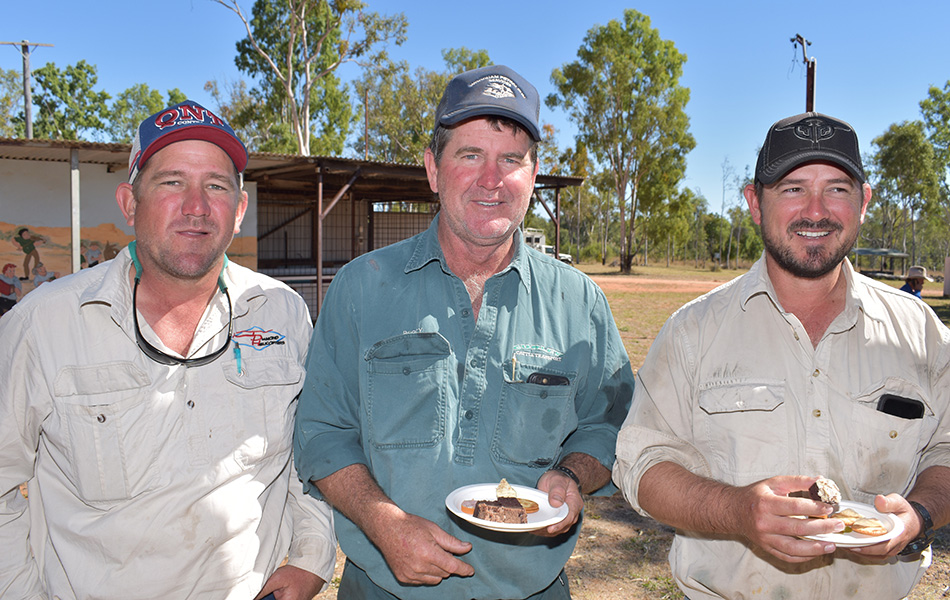