Heteropogon from the Greek heteros (different) and pogon (beard), alluding to the difference between the awnless male and awned female spikelets; triticeus, resembling Triticum (wheat) with respect to the inflorescence.

Heteropogon triticeus is a tufted, perennial grass. In the dry season, when not flowering, it is about 50–70 cm tall. In the wet season, the flowering stems grow quickly by a section of the pale yellow stem being pushed upwards until it protrudes well above the green leaf sheath that previously enclosed it. The pale sections of the internodes alternate with the green sheaths giving the plant a conspicuously banded appearance. These flowering stems are about 2 m tall and are clearly visible above other grasses. The inflorescence is a raceme more than 9 cm long; the upper spikelets have long awns (elongated bristle like appendages) that extend above the raceme, and when the seeds mature, the awns tangle with each other.

Giant Speargrass is native to Asia and Australia. It grows in eucalypt forests and woodlands, on brown and red clay loams and occasionally on sandy loams and gravelly soils in the wetter areas.

This species is an ideal revegetation species where the reintroduction of native animals is important. It is an important food source for many  granivores: the seeds of Giant Speargrass are eaten by gouldian finch, masked finch and long-tailed finch.

Seeds need to be stored for eight months to overcome dormancy. 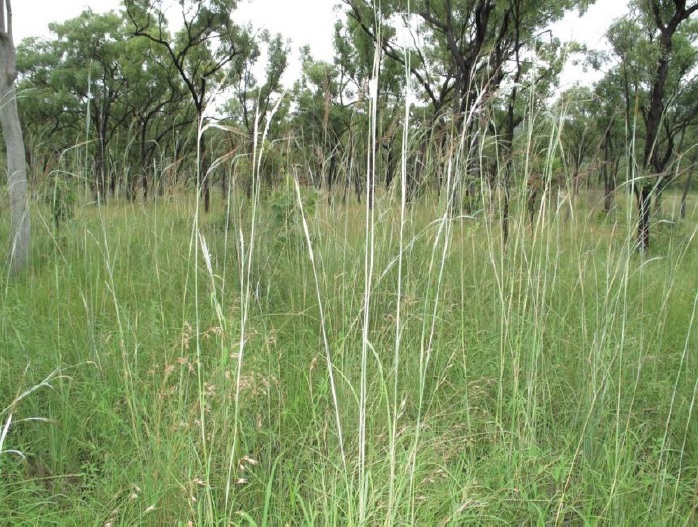 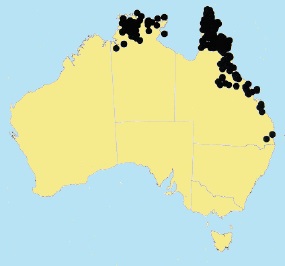 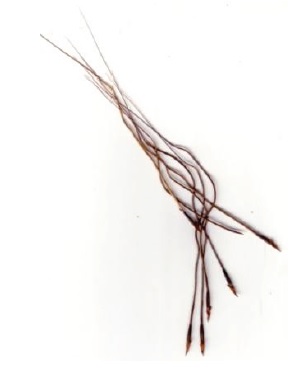