Building upon the success of the inaugural  Women in Grazing Bus Tour held in the Bowen/Collinsville area last year, this year’s event took nearly 70 forward-thinking landholders and industry representatives on a learning and networking tour of the Charters Towers region.

The August 31 event was organised by NQ Dry Tropics and was made possible through the support of the Queensland Government’s Grazing BMP program. 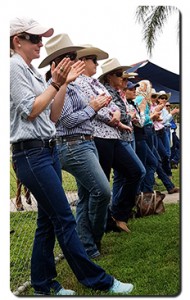 Women supported each other while the presenters told their stories.

Close to 70 people, including  52 women representing grazing enterprises from Tully in the north to Eidsvold in the south and numerous locations in between, came together to listen to their peers and share experiences, ideas and inspiration with other women from the industry.

NQ Dry Tropics’ Grazing BMP coordinator Lisa Hutchinson said the level of understanding about the issues raised during the Women In Grazing Bus Tour was remarkable.

“The event offered a supportive and unique opportunity to listen and learn from peers, and this interaction – and rare chance to share with so many other graziers – helps to crystallise the Grazing BMP messages,” she said.

“Events like this are critical for the industry. We had representatives from 43 grazing enterprises covering 546,724 hectares. If we can have a positive influence on land management decisions on that scale, we are going to see some impressive changes in both the production and environmental management of our country.”

Representatives from the Department of Agriculture and Fisheries, Department of Environment and Heritage Protection, Agforce and the media, also made their way to Charters Towers to join NQ Dry Tropics for the meet-and-greet breakfast at 7am.

After an official welcome from Charters Towers Regional Council Mayor Liz Schmidt, it was all aboard the bus; although two vehicles were required due to the large contingent attending. Female presenters from leading grazing enterprises from across the region shared their visions, aspirations, successes, and occasional failures throughout the course of the day. 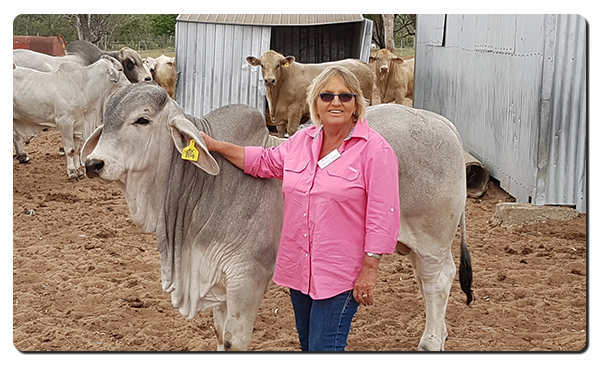 “The event was promoted as a nurturing, supportive, innovative and thought-provoking platform for the sharing of knowledge and key learnings and proved to be all that and more,” Ms Hutchinson said.

“Attendees learnt about a number of management options used to restore land and improve production, while reducing the impacts of agriculture on the Great Barrier Reef.”

During the day, eight presenters shared their stories; each identifying with one of the five modules from the Grazing BMP self assessment. Presentations were made on the buses en route to the four host properties, where the grazier from that enterprise shared her story. The day culminated with an evening function, with two dinner speakers: Emma Robinson from Caephilly Station, Charters Towers; and Alice Greenup, Eidsvold Station, Eidsvold. 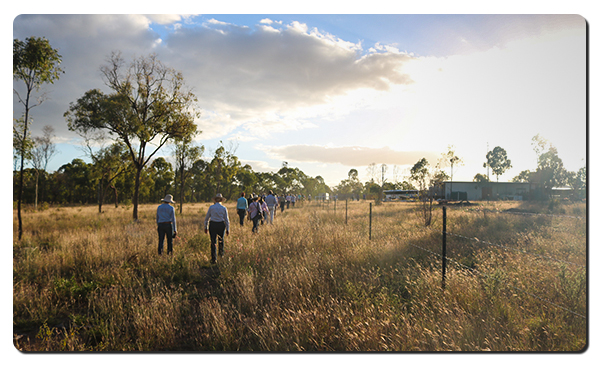 The last tour of the day at Clancella Downs.

Take a look through the photos taken during the day. 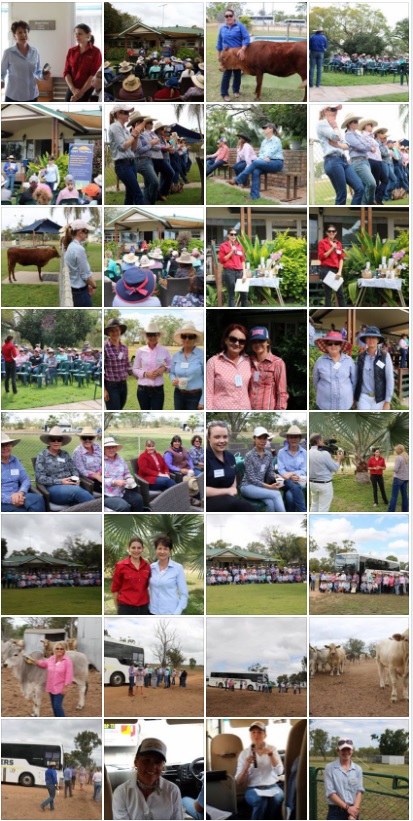