NQ Dry Tropics Project Officer Thijs Krugers gives a thumbs-up in recognition of the work done by the cochineal bug in a patch of drooping prickly pear that was threatening beach scrub at King’s Beach. 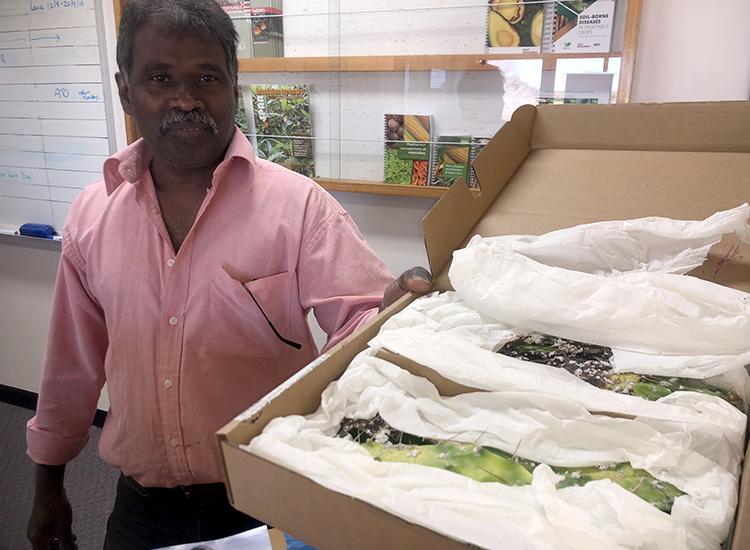 Department of Agriculture and Fisheries Senior Entomologist Dr Subra Subramaniam delivers a batch of cochineal to be released in the Bowen prickly pear patch.

Cochineals eat their way to victory

A COMPREHENSIVE victory is within sight in a battle being waged in an inconspicuous patch of beach scrub near Bowen.

The “enemy” – an infestation of drooping prickly pear that threatened to overwhelm the native beach scrub vegetation – is almost completely destroyed, and the “battlefield” is strewn with the dead or dying.

“More than 90 per cent of the prickly pear has been destroyed,” Mr Krugers said.

The remaining prickly pear plants can be removed by hand, which, unfortunately for them will also mean the end of that population of cochineal.

The monocantha cochineal (Dactylopius celonicus) is the only Department of Agriculture and Fisheries approved biological control for drooping prickly pear infestations.

The cochineal has a long-standing relationship with the prickly pear, one of the country’s worst agricultural pests.

And it’s all because of the cochineal’s value as a basis for textile dyes and food colouring.

The cochineal dye was famously used in the manufacture of the original British infantry “red coat” uniforms.

Governor Arthur Phillip, in 1788, wanted to establish a cochineal industry in the Australian colony and, to feed his valuable bugs, planted a stand of prickly pear at Jackson’s Bay near Sydney.

It proved to be horrendously invasive and rendered up to 40,000sq km of farming land completely unproductive, a problem that was solved in 1925 by the introduction of the cactoblastis cactorum moth. 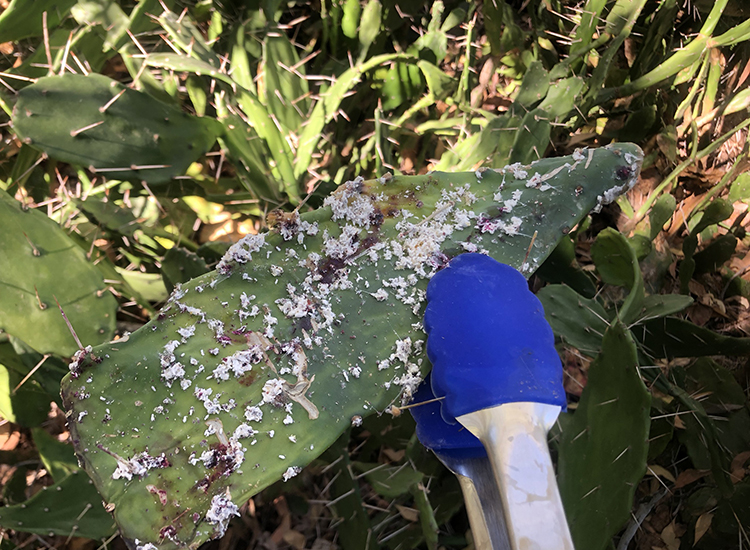 A piece of prickly pear infested with cochineal is placed in the King’s Beach beach scrub.