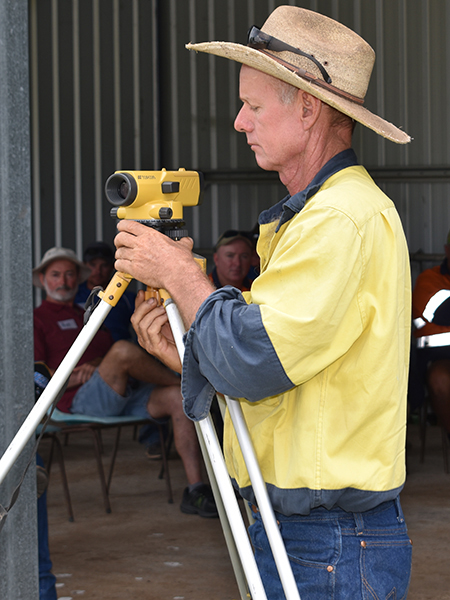 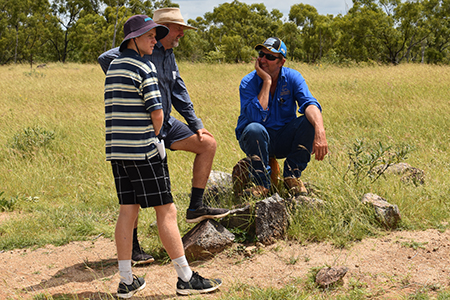 EVERY North Queensland landholder is interested in practical, affordable erosion control measures to protect roads, tracks and fencelines on their property.

That’s why Darryl Hill, an expert in designing and building erosion control banks, still draws a shed full of graziers, local council workers and landholders even after more than 500 workshops across the country.

He conducted a workshop at Dick and Josh Pugh’s Springview Station, Mingela on Saturday 16 March attended by about 20 people and followed it up with a St Patrick’s Day workshop at Michael Duckett’s Caerphilly Station near Belyando.

Some at the Springview Station event had attended previous Darryl Hill workshops but, following record recent rain, wanted to “brush up” on their knowledge to ensure that when they did install whoa boys – a type of diversion bank –  on their properties, they did it right and did it once.

Mr Pugh has plans to implement a whole range of infrastructure and land management techniques to not only combat erosion on their property, but also to improve landscape function, ground cover and, ultimately, the productivity of their 1400ha (3,500 acres) property.

“We want to get the water off our roads, and back onto the paddocks where it won’t cause erosion and will help us grow more grass,” he said.

“We were lucky enough to get more than a metre of rain in the past month,” Chris said.

“But it has caused a lot of damage to our internal roads.”

Mr Le Feuvre has given 17-year-old Charlie the job of building about 50 whoa boys on their property to protect the roads from erosion during future rain events.

Charlie said the information presented at the workshop, including how to use a dumpy level to scope and design an erosion control bank, was clear and very easy to understand.

Much to his father’s delight Charlie said he would leave the workshop confident he could deliver the goods at home.

Mr Hill said he never tired of delivering what was, essentially, the same workshop, even as he began the downhill run towards 1000 events.

He said he could recognise his influence in the handiwork of local council crews as he travelled around rural Australia by road.

“I know I am having an effect when I see a properly-constructed drain, check bank, or diversion bank near a road,” he said.

Darryl said all man-made infrastructure was a sort of erosion time bomb waiting for Mother Nature to detonate.

“People blame the weather for the fenceline washout at the bottom of the hill, but the problem wasn’t caused by the weather, it was caused by the infrastructure we built that changed the natural flow of water across the landscape,” he said.

He said water gathered energy as it flowed downhill on the hard, smooth surface of a road, track, fenceline or cattle pad and that’s when it became destructive.

Diversion banks, or whoa boys, gradually absorbed the energy by slowing and removed water from the road.

“It doesn’t matter how much rain you get, it’s not the volume of water that causes damage, it’s the speed at which it is travelling,” Mr Hill said.

He said no particular machinery was essential for constructing erosion control banks, rather it was a case of using whatever was available.

Mr Hill conducted several workshops in the Burdekin Dry Tropics region before heading down to the Rockhampton hinterland for more of the same. 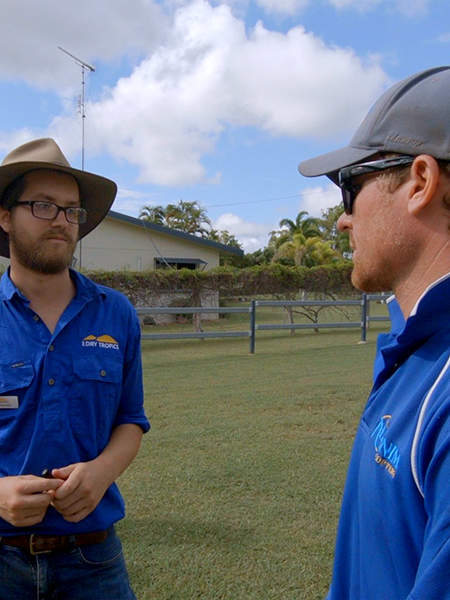 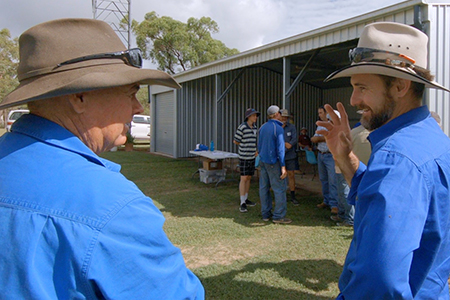