Enneapogon is from the Greek ennea (nine) and pogon (beard), alluding to the nine plumose lemma awns; robustissimus from the Latin for most robust, the grass is very tall for the genus.

There are only 16 species of Enneapogon in Australia; all are native. The genus is readily recognised by the nine-awned lemmas, with each spikelet having two or more florets. The spreading awns form an attractive circular arrangement.

Enneapogon robustissimus is a tufted, annual or short-lived perennial grass 30–100 cm tall. The inflorescence, 1.5–11 cm long, is a spicate panicle (the panicle branches are very short which makes the inflorescence appear like a spike).

This grass is endemic to Australia. It often grows on sandy soils near creeks and in gullies on rocky hills.

Many species of Enneapogon grow in central Australia where they provide food for budgerigars and parrots.

Seeds only need to be stored for one month to overcome dormancy. 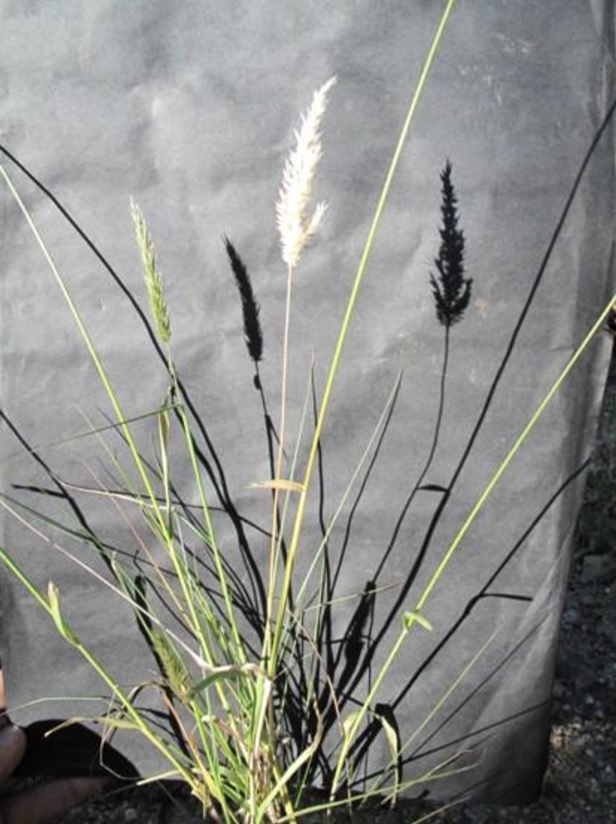 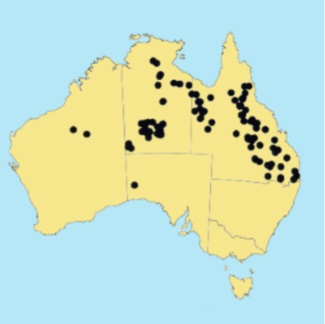 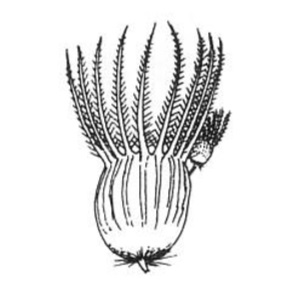 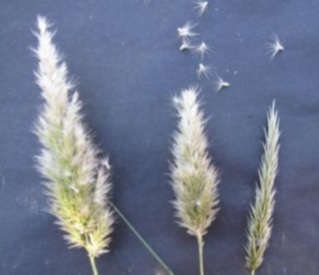 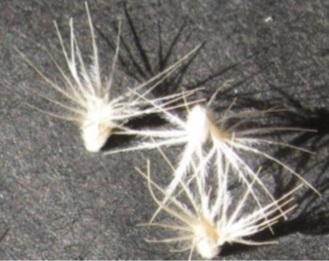